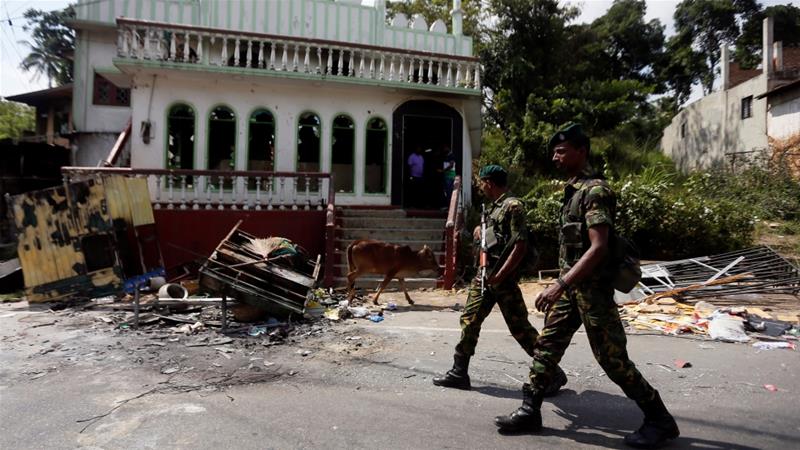 Communal violence in central Kandy region has led to the deaths of at least two people with dozens injured.

The United Nations has condemned a string of anti-Muslim attacks in Sri Lanka including the burning of mosques and businesses.

Under-Secretary-General for Political Affairs Jeffrey Feltman told the Sri Lankan government the people behind the violence should be brought to justice.

During his visit, Feltman “condemned the breakdown in law and order and the attacks against Muslims and their property”, a UN statement said.

Feltman, who met with local Muslim leaders to show solidarity, “urged swift and full implementation of the government’s commitment to bring the perpetrators of the violence and hate speech to justice, to take measures to prevent recurrence, and to enforce non-discriminatory rule of law”.