UN: Myanmar should be investigated for crimes against Rohingya 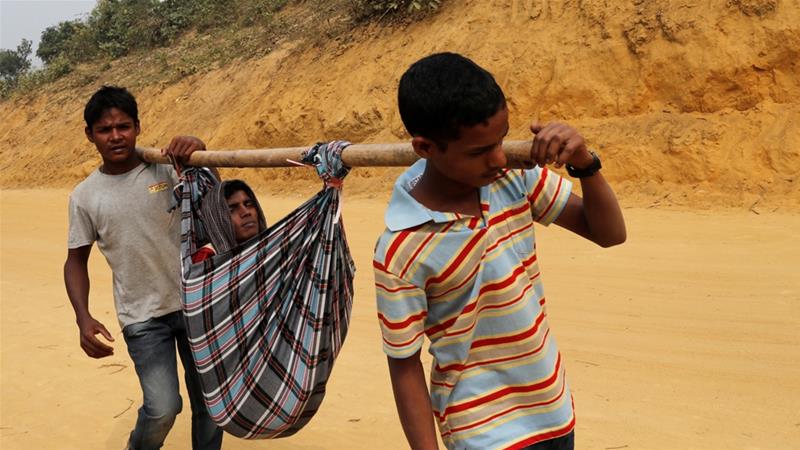 The UN human rights chief has called for all atrocities committed against Myanmar’s Rohingya to be referred to the International Criminal Court (ICC) for prosecution.

Prince Zeid bin Ra’ad Zeid al-Hussein, who has previously described Myanmar’s campaign against the Rohingya as a “textbook case of ethnic cleansing”, also urged the country to allow monitors into restricted areas to investigate what he called suspected “acts of genocide”.

If they want to disprove the allegations of serious violations against the Rohingya, “invite us in” to Rakhine State, Zeid told a news conference on Friday in Geneva.

“We are saying there are strong suspicions that, yes, acts of genocide may have taken place. But only a court can confirm this,” the UN High Commissioner for Human Rights added.

Al-Hussein’s comments come after Myanmar National Security Adviser Thaung Tun said on Thursday that “if it was genocide, they [Rohingya] would all be driven out”.