AMUST started its publication back in 1991 as a multilingual community newspaper Australian Muslim Times, published on a fortnightly basis that was later renamed Australasian Muslim Times and produced on a weekly basis. However under extremely unfavorable circumstances, it ceased its publication mid 1994. At various times attempts were made by various groups to restart a similar publications, but these could not be sustained.

However based on the rich experience gained during its first four years of publication, on popular demand, and under better favorable conditions and advances in multimedia technology, the original publishers of AMUST are reviving the Australasian Muslim Times after a gap of 20 years. AMUST restarts its publication from first week of July 2014 with its print edition, Issue # 104 available from Friday 4 July 2014 and its launching with issue # 105 at MEFF on Sunday 10 August 2014.

Here is a timeline of AMUST publication: 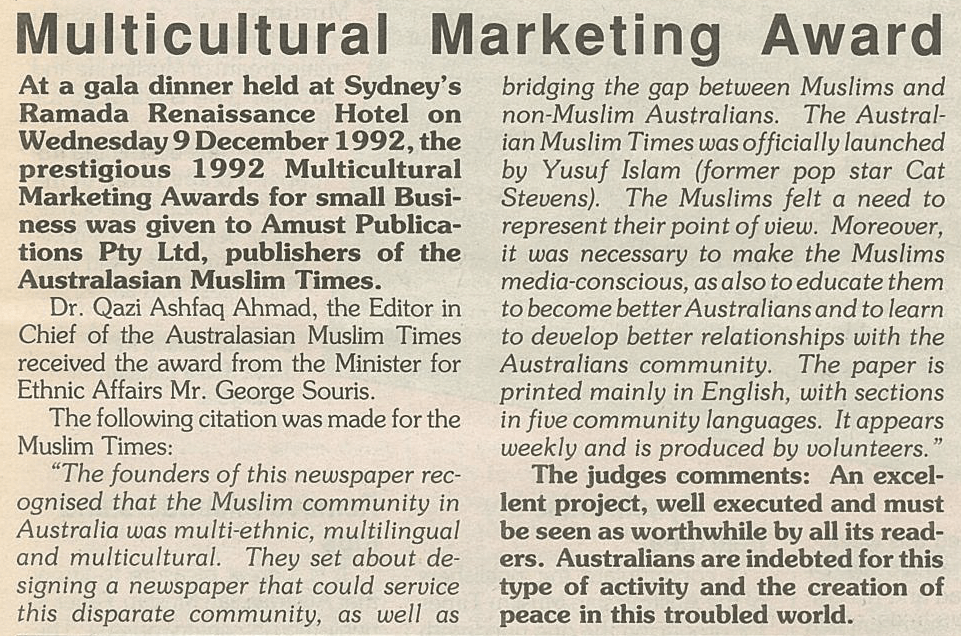