On Friday 15 March, we were shaken by the news from Christchurch, New Zealand. An extremist aimed to spread fear and hatred amongst people terrorised a mosque, opening fire on people who were at the mosque for their Friday prayer. The horrific attack rightfully received condemnation from all around the world. Vigils and prayers have been held in solidarity with Muslims. After the attack, ISRA Australia sent four staff members to Christchurch to help and support our Kiwi brothers and sisters who were affected. They have seen their pain and seen the support from the community. They came back with sadness and a heavy heart but also with great hope.

ISRA Melbourne held a night of reflection and prayer dedicated to the victims and their families on Friday 21 March. Dr Salih Yucel, Dr Zuleyha Keskin and Sr Zeinab Mourad shared their insights and experiences right from Christchurch, where they visited the survivors and families of those we’ve lost.

As the highlight of the night one of the survivors joined the session via Zoom and delivered his first-hand experience. The reflections were followed by prayers and Quran recitation.

Seyma is the Student Support and Welfare Officer for Islamic Sciences and Research Academy (ISRA) based in Melbourne. 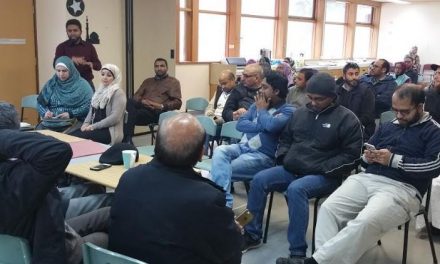