The Gungahlin Mosque, located in Canberra’s burgeoning north, opened its doors to the public on Sunday 8 October, after over a decade of planning, fundraising and building.

Gungahlin is the ACT’s fastest growing regions, and a magnet for the settlement of new Muslim families to the capital.

The day opened with an army of volunteers organising the BBQ and cake with a jumping castle and balloons for the kids. 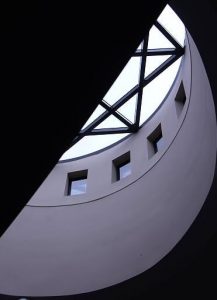 The view to the top

Then the extraordinary crowd, extending beyond just the Muslim community and made up of locals and those from all around Canberra, filled the mosque for the ceremony.

Local community member and activist, Mohammed Ali, was the MC for the afternoon as he introduced the special guests and speakers after the recitation of the Holy Quran and its meaning.

Mr Mainul Haque, President of the Canberra Muslim Community (CMC) which owns the mosque, stressed that the mosque was for all and wanted to ensure that the mosque and the CMC was an inclusive place and organisation.

“We are Muslims but we are also Australian. The values that make us Australians are measured not by the colour of our skin or by our religion or where we were born but by our dedication to the fundamental principles of mateship, fairness and respect for all,” he said.

He pointed out that there is more work to be done and the mosque and its objectives are not complete.

Amongst the speakers at the opening were: Balloons and Jumping castle for the kids

Canberra Muslim leaders, including Abdul Hakeem, Zafar Ahmad and Osman Adam were also present during the opening, demonstrating the solidarity of the community behind the new mosque.

Special mention was made of Mr Nic Manikas, former Director of the Community Participation Group in the ACT Government, who had been a tireless supporter of the Muslim community in Canberra. 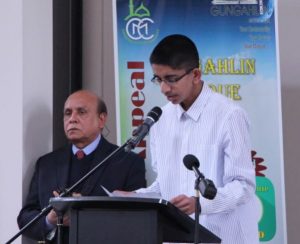 “I thank Allah, the most high, the most merciful, for enabling us to deliver this mosque for generations to come Insha’Allah. However, building alone is not enough. We should continue to work together to promote tolerance, harmony, peaceful coexistence and understanding with wider Australian community as well with our fellow Muslims.”

For more information about the new mosque, visit their websites:

Photos of the opening can be viewed here: