This violent hate crime against a heavily pregnant woman is exactly the outcome we can expect when professional xenophobes go after minorities.

It's so horrendous, so scary and so fucking predictable.https://t.co/Zz1oRrdKXl

The sister who was subject to that attack in Parra has made a statement about it, confirming (as was widely known in the community for a while) that it was accompanied by racist taunts.

It makes the police statement regarding the incident abhorrent.https://t.co/YtYpv0UQcn

I am not sharing the footage of the poor pregnant Australian-Muslim woman who was bashed by a racist white man in Sydney because it’s distressing. But I will say I’m sickened by this display of hatred which is fuelled by opportunistic right wing politicians and their media mates.

This is horrendous. Nobody should be treated that way. No matter what race, religion, sex, color, orientation, nobody.

Rama I am very sorry that this has happened to you.

My wish is that all people show tolerance to those who have differing beliefs and lifestyles.

To the coward, you must be a very insecure man to assault a pregnant woman whose beliefs are different than yours.

Coffee with friends in the final stages of pregnancy should never result in an abhorant and traumatic event like this. A cowardly and completely unprovoked attack. Hope Rana and baby will be ok. ❤️ https://t.co/kq9EPte3Jc

It's only been 48hrs since a man bashed & stomped on a heavily pregnant Muslim woman & today, the Daily Sewer, through their chief rat Sharri Markson, publish an article depicting a Muslim woman entitled 'No sympathy for the devil'. Unrepentant barbarians at News Corp #auspol

Even though media are failing to report it as such, this was an islamophobic hate crime.

The perpetrator specifically used the word Muslim before he attacked her.

This is so outrageous! As a woman and particularly a woman of colour and culture this makes me terrified to walk alone or even be in public. My heart goes out to this woman and any woman living in fear of random attacks. Please try to stay safe. https://t.co/ecceV2jeJG

The hijabi sister 🧕 who whacked the violent Islamophobic f-wit with the chair after he attacked and stomped on the head of 38 week pregnant Rana Elasmar whilst eating with her family is my hero! Masha'Allah ✊ 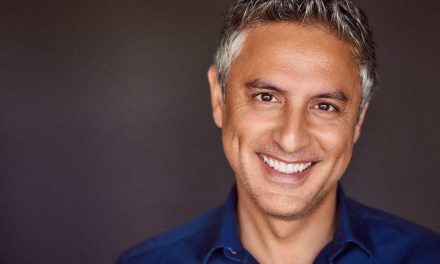