The US President Trump’s administration has cancelled the Nuclear Deal with Iran and imposed severe sanctions against the Islamic Republic and continues to sabotage its progress in the fields of defence, economic well being and advancements in science and technology, and in cohort with Israel and other Middle Eastern regimes is pursuing the policy of regime change with threats of war against Islamic Iran.

Why has the United States continued to bully Iran for the last 40 years?

Before the Islamic Revolution of Iran in 1979, during the Shah’s era, there were more than 50,000 American citizens working there with the army, in oil fields and other sections

The Iranians resisted all the atrocities committed by the Shah’s secret intelligence police SAVAK for a long time with great perseverance.

The Shah, as he was forced to exile, appointed a new Prime Minister Mr Bakhtiar in order to calm down the situation.

Mr Bakhtiar had the US backing and Major General Robert A Hihzir from the American Army in Europe was sent to Iran to help to prop up the Prime Minister.

However, Imam Khomeini swiftly appointed a temporary prime minister, Mr Mahdi Bazargan, considered to be the Islamic Iran’s first prime minister, and therefore Bakhtiar with no support from the people had no choice but to join the Shah in exile.

On 11 February 1979, the Iranian people took control of the army, police and all other offices in Iran. America lost one of the most important allies in the region, the Shah of Iran who was also aligned with Israel.

The New Islamic State was fiercely independent neither aligned with West nor with East and tried to bring solidarity between the Muslim Ummah.

The dramatic action took place with when the students seized the USA embassy in Tehran. This was marked as the most challenging confrontation for Iran with the USA. President Carter of America failed to bring the hostages out of Iran.

Using Saddam Hussain, the US waged a full-scale war against Iran in order to defeat the Islamic revolution. This war between Iraq and Iran lasted for eight years from 1980 to 1988.  Iran has since been under various sanctions from the USA and others for more than 30 years.

Iran today is very different from Shah’s Iran. One of their long term policies has been steadfast support for the Palestinian people. The Israeli Embassy in Tehran was changed to the Palestinian Embassy and till this day they have maintained their consistent support for Palestine.

The US considers Iran as a thorn in its hegemonistic designs for the Middle East and for its support for Israel. Hence it’s ongoing enmity with Islamic Iran that is destabilising the Middle East. 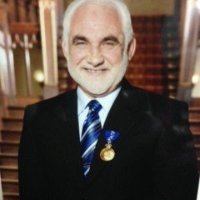 Dr Alsalami, professionally a Senior Pathology Scientist is the President of the Iraqi Islamic Council of Australia.  In 2003 Dr Alsalami was a recipient of the Centenary Medal while in 2010, he was made a member of the Order of Australia for services to the community, particularly through roles assisting refugees and migrants. He has continued to work intensively as a human rights activist, liaising with the Australian government and the wider community for the past three decades.