Byron Bay Shire Mayor Simon Richardson on Australia Day: Why can we not celebrate Australia Day on a day which doesn’t cause division with anybody?

Wait, did our latest PM really suggest we have a White Australia Day and a Black Australia Day? In an effort to be inclusive? Really? For real tho? Really real? pic.twitter.com/vhnERS0gnG

This just proves how little connection we have with January 26 – most don’t realise what it actually commemorates, why and when it was chosen, and that recent history saw states celebrating Australia Day on different dates. It wasn’t even a national public holiday until 1994 https://t.co/DAuw2IYgYc

politicians: Australia Day is so important, we can't possibly change it because our history is sacred and everyone should know Australia's story

also politicians: Captain Cook was on the First Fleet, I'm pretty sure? I will not check this fact before talking about it on TV

So people who are oppose Australia Day being on January 26 are "divisive" – yet the PM wants a white and a black Australia Day on different days? OK.

Scott Morrison, from the seat of his ride-on lawnmower in the burbs, thinks the "problem" many of us have with Australia Day is that it doesn't celebrate indigenous Australians enough, not realising in fact that it celebrates their dispossession and slaughter.

WA was never part of NSW

Why can't we just Celebrate Aus Day on the last Mon in Jan like we used to? 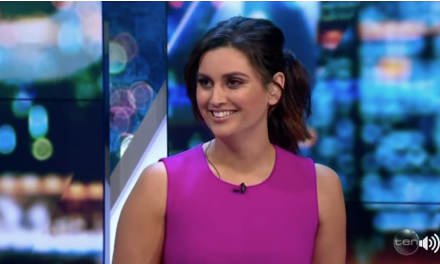 Muslims in the Mainstream: Jamila Rizvi on the Project