Well over 200 people including several dignitaries, health experts, community leaders and a large number of SAMAA elders packed the hall to its capacity and enjoyed the evening with enthusiasm and joy.

A team of dedicated SAMAA volunteers worked tirelessly to ensure that all elders and guests felt comfortable and the programme ran in an orderly manner.

Dr Mohamud Sheikh presented an informative talk about the risks of various types of flues amongst elders in coming months of Southern hemisphere winter.  Dr Sheikh is a published international public health expert, with over 18 years of experience in infectious and communicable diseases control and currently works at the University of New South Wale’s centre for research excellence, at the school of public health and community medicine. He described the symptoms, risks and precautionary measures for elders to keep healthy during upcoming winter.

Hon Philip Ruddock delivered an inspiring talk which received repeated applause from the audience. He paid tribute to the leadership of SAMAA and was pleased to see it providing services to the community elders. He acknowledged the need of elders care to be religiously and culturally sensitive. He assured SAMAA that as the needs of South Asian Muslim community grows, government funding for organisations such as SAMAA will be forthcoming.

Dr Mehreen Faruqi expressed her appreciation of SAMAA’s services to the elders. She said that she was very proud to be a South Asian of Pakistani origin and that she values the cultural traditions this community maintains. She congratulated the elders, members and volunteers of SAMAA in Urdu “Jashne Buzurg Mubarak”.

Couple of days later,  Dr Mehreen Faruqi also moved a motion in NSW Parliament which the house agreed to, congratulating SAMAA on its great work.

Hon Julie Owens spoke about her interest in Indian music since her youth days and offered to help SAMAA in all its endeavours.

Mr Zahid Jamil welcomed the audience on behalf of South Asian Muslim Association of Australia and presented SAMAA report to the audience.

“Through its quarterly newsletters, SAMAA keeps disseminating information about all the news from aged care industry including various government initiatives and various SAMAA programmes.”

“While SAMAA’s agreement with Wallgrove aged care facility in Lakemba is still in place, we have been speaking to other groups as well to consider offering culturally appropriate care to SAMAA elders in their nursing homes and sign a memorandum of understanding with us. Unfortunately we have been encountering some resistance from them and there seems to be an element of bias in it, however we will continue to pursue such efforts.”

He also sought support from the South Asian Muslim community so as to work towards better future of our elders. He also warned the community members that we will have to support ourselves increasingly in future as the governments will not be able to provide what they may be providing today. He said “The budget to be announced in couple of days is expected to contain huge spending cuts in many vital sectors including aged care. We may like it or not, the support system of the government will gradually only reduce in future…the argument is that we can not afford to live beyond our means as a nation, if we do we will end up in financial problems like many European nations….it may very well be true. So let us face the reality and be prepared for it. Let us try to become as self reliant individually and as a community.”

“The cuts in budgets will effect several aged care programmes and thus role of voluntary organisations such as SAMAA will become even more significant. We will therefore need more support from the community to reach out to our elders.”

Talking about building our own facilities, he said “When it comes to building of aged care facilities, we need huge amounts from the community and from the government….it will happen one day inshallah and we are exploring all different avenues.”

He reminded members that donations to SAMAA are tax deductible. 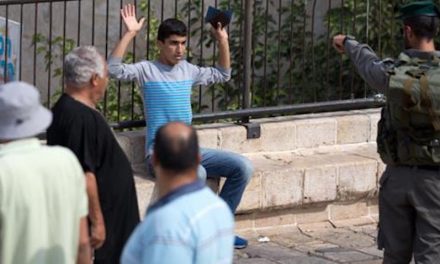