The Australian Federation of Islamic Councils (AFIC) branded Muslims Australia celebrated golden jubilee of its formation and promptly initiated a review of its constitution in order to bring about democratic reforms in the umbrella body of Muslims in Australia.

The Golden Jubilee (50th) Congress of AFIC was held in the Old Parliament House, Canberra on 27 May 2014 under the chairmanship of the current AFIC President, Mr Hafez Kassem.

Fifty years ago Muslims in Australia created the national organisation to look after the affairs of the growing number of followers of Islam in the continent. In 1963, communities of Muslims in the country united under an organisational structure to integrate the Muslims at the grass root level under the Australian Federation of Islamic Societies (AFIS).  The main purpose of AFIS was to serve the basic religious needs of Muslims through building mosques and providing Islamic education to children.

Later the Australian Federation of Islamic Councils (AFIC) was set up in 1976 to allow for a three tier structure – Federation at the national level, Councils at the state level and Societies at the local level.

The congress dinner was held at the Great Hall of the Parliament House. The Governor General of Australia, Honourable Peter Cosgrove was the chief guest. It was attended by the congress delegates, federal ministers, leader of the opposition, members of the parliament, representatives of diplomatic missions, religious and community leaders.

According to the AFIC homepage, [blockquote style=”3″]“The main role of AFIC is to represent Islam and Muslims of Australia as one “Ummah” to the government and other bodies nationally and internationally. AFIC coordinates and provides resources for activities of its State Islamic Councils and member Islamic societies.”[/blockquote]

Over the years AFIS/AFIC has supported establishment of many mosques in different parts of Australia, and has engaged in numerous humanitarian and charity activities at home and abroad. Currently AFIC runs eight Islamic Schools/Colleges in New South Wales, Victoria, Western Australia, South Australia, Queensland, and ACT.  These institutions are making great contributions to the community and in the country in preparing future generation of Muslim professionals and leaders. AFIC also runs a Halal Service.

The Congress amongst other resolutions passed the following motion moved by Professor Shahjahan Khan of Islamic Society of Toowoomba, Queensland:

“The Congress resolved that a special Congress be convened within eight months from today to finalise the review of AFIC constitution. The review committee should be headed by the secretary of AFIC. The Special Congress will have no other agenda to discuss on that day.”

The Congress also agreed that the next election of AFIC will be held in 2015 on the basis of the revised constitution to be adopted by the special Congress.

One of the main concerns about the current AFIC constitution is the provision of election of its Executive Committee by only nine delegates representing the State Councils. As a consequence its elections have been systematically manipulated by a small group of people in recent years.

Essentially the resolution of the Congress calls for the institution to be democratic and inclusive, compliant with the corporate governance laws of Australia thus making it, transparent, accountable and engagement of its constituents to be participative in the democratic functioning of the organisation.

To meet the new challenges and reflect the current realities of Muslim communities in Australia, the Committee will invite submissions on constitutional review from the State Councils and member societies of AFIC as well as the wider community of Muslims. Based on the submissions and community consultations, the Committee would come up with draft recommendations to amend the constitution to be considered during the special Congress. The Sunday Stir: A celebration of migration on Harmony Day 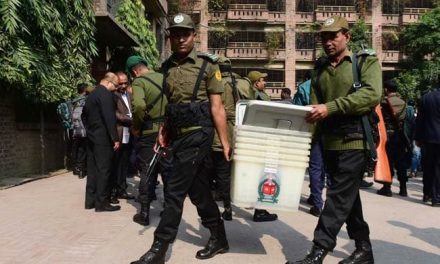