Islami Barta website’s digital media studio was inaugurated on  Sunday 1 November 2020 on the Masjid St Mary’s premises in Sydney. Islami Barta is a Bengali website that has been in circulation for the last three years publishing various types of Islamic contents on a regular basis.

The organisers welcomed several guests and well-wishers in this occasion where the Imam of Masjid St Mary’s and the Chief Editor of Islami Barta website Muhammad Abdu Huraira presented a keynote speech titled as ‘Importance of Media in Islam’. In his welcome speech, Dr Sadek Ahmed, the Chairman of Pan Pacific Vision, mentioned that the organisation has plans to utilise this studio with modern lighting and sound system to arrange and record Islamic digital contents such as talk show, discussion program, interview, question and answer session and so on. Audience at the launch. In the concluding speech, Ertaz Ahmed, the CEO of Pan Pacific Vision Inc., thanked everyone and sought their continuous support for this noble project. Finally, Dr Sadek Ahmed formally inaugurated the studio. Pan Pacific Vision hopes that various community organisations and media personalities will collaborate with it to create and disseminate Islamic contents using this new studio. 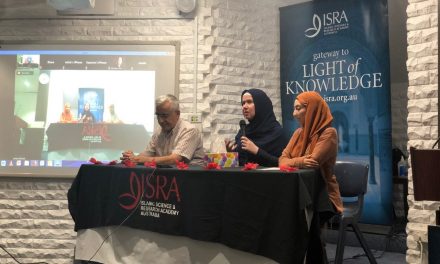