It is increasingly becoming clear that Joe Biden and Kamala Harris team is going to win the US elections 2020 with the Democrats also controlling the American Senate and the House of Representatives. Hopefully this will bring an end to the nightmare of Trump presidency during the last four years, for the American people and the world,  restoring some sanity and confidence into American leadership and consistency in US foreign policy.

So far Biden seems to have secured 253 electoral college votes needing 270 to clinch the presidency while senate control hangs in the balance with Democrats 47 verses Republicans 47 needing 50 for total control and with Democrats 199 senators to Republican 193 needing 218 for absolute majority.

The winner of the 2020 presidential election is scheduled to be inaugurated on 20 January 2021 with Joe Biden  becoming the oldest person to serve as president at 78 with his running mate Kamala Harris of African American and Indian origin becoming the first woman to serve as vice president.

With Trump supporters staging protests at vote counting avenues, Biden has urged for patience and reiterated that “every vote must be counted.”

“The senator and I continue to feel very good about where things stand. We have no doubt that when the count is finished Senator Harris and I will be declared the winners. So, I ask everyone to stay calm, all people to stay calm. The process is working. The count is being completed. And we’ll know very soon. So thank you all for your patience but we’ve got to count the votes,” Biden said on Thursday 5 November.

According to Democratic Party candidate for vice president, Kamala Harris, the administration of  Joe Biden, if elected will reverse a number of President Donald Trump’s controversial policies on Palestine and the broader Middle East.

“Joe and I also believe in the worth and value of every Palestinian and every Israeli and we will work to ensure that Palestinians and Israelis enjoy equal measures of freedom, security, prosperity and democracy,” Harris said during a recent interview.

She further added, “We are committed to a two-state solution, and we will oppose any unilateral steps that undermine that goal. We will also oppose annexation and settlement expansion.”

Harris also pledged to reverse Trump’s decision to defund organisations delivering critical relief and aid to the Palestinians. “Will take immediate steps to restore economic and humanitarian assistance to the Palestinian people, address the ongoing humanitarian crisis in Gaza, reopen the US consulate in East Jerusalem and work to reopen the PLO mission in Washington”.

Commenting on Saudi Arabia, Harris stated that the US will not stand by and watch Riyadh wreak havoc in the region. “Instead of standing by as the government of Saudi Arabia pursues disastrous, dangerous policies, including the ongoing war in Yemen, we will reassess the US relationship with Saudi Arabia and end support for the Saudi-led war in Yemen,” she said.

Harris also commented on Trump’s highly controversial Muslim ban. “Discrimination and bigotry will have no place in a Biden-Harris administration. On our first day in office, Joe and I will rescind the un-American Muslim travel and refugee bans and make America, once again, a welcoming destination for immigrants and refugees, including by raising the refugee admissions cap.”

However in an article titled ‘Israel wins US Elections’, published in The Unz Review on Tuesday 3 November 2020, Dr Philip Giraldi, Executive Director of the US based Council for the National Interest claims that US policy favouring Israel will not change with the change in US administration.

He claims that supporters of Israel with their donations to both political parties, Democrats as well as  Republicans, have already ensured favourable ongoing US policy towards Israel in all areas.

“Jewish billionaires with close ties to Israel have been courted by the two major parties, both to come up with contributions and to urge their friends in the oligarch club and media to also respond favourably,” he writes.

“The United States has become Israel’s bitch and there is hardly a politician or journalist who has the courage to say so. Congress and the media have been so corrupted by money emanating from the Israeli lobby that they cannot do enough to satisfy America’s rulers in Jerusalem. And for those who do not succumb to the money there is always intimidation, career-ending weaponised accusations of holocaust-denial and anti-Semitism. It is all designed to produce one result: whoever wins in American elections doesn’t matter as long as Israel gets what it wants. And it almost always gets what it wants,” Dr Giraldi concludes. 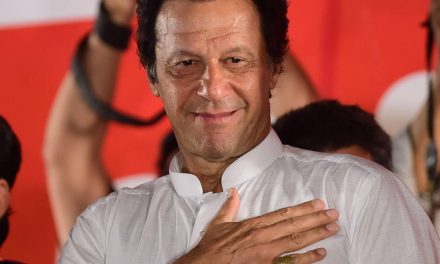