Fresh protests have broken out within India as well as outside the country condemning violent attacks, by thugs belonging to the ruling BJP Hindu nationalist party, on protesters at university campuses and elsewhere in the country who have been raising their voices on discriminatory laws being enacted by the government.

The latest incident took place at Delhi’s prestigious Jawaharlal Nehru University on Sunday night 5 January 2020 where a group of more than 50 masked goons reportedly belonging to ABVP, the student wing of  ruling BJP, armed with iron rods and sticks, brutally attacked teachers and students within the campus and vandalised dormitories and other property while police watched. Earlier in December students at Delhi’s Jamia Millia Islamia University and Aligarh Muslim University were brutally attacked by police for protesting against discriminatory policies of the BJP nationalist government in India, led by PM Modi having ideological roots with Hindu supremacists, for its program of disempowerment of its large Muslim minority by enacting laws leading to denial of citizenship, religious discrimination and outright oppression.

This comes in the wake of  total military lockdown in Kashmir since 5 August (more than 150 days) granting of historic Babari Mosque land to build a temple in November, denial of citizenship to 2 million people mostly Muslims in the state of Assam through a citizen’s register that will be soon expanded to cover the whole of the country and the passing of CAA legislation that will grant millions of refugees citizenship except those who were Muslims. Protest at the University of Cambridge, UK.

Australians of Indian origin held a mass rally in Sydney on Sunday 29 December to protest against the citizenship laws being enacted in India that are considered discriminatory, anti-democratic, unconstitutional and against the secular traditions of the country.

The Sydney demonstration held in Martin Place was possibly the first time Indian Muslim diaspora united together to use their people power to show concern for the attacks on Indian Muslims including their faith identity, religious practices, historic legacy and their languages being marginalised. The Sydney rally attracted more than 500 people, men, women and children where a number of speakers from different faiths and ethnicities addressed the crowds, some travelling from Canberra and as far away as Melbourne.

People held a large number of signs against CAA and NRC and against BJP and Narendra Modi. There were signs and slogans raised condemning high handed police brutality at Jamia Millia Islamia University in New Delhi and Aligarh Muslim University as well as condemning killing of more than 25 people and injuring hundreds by the Uttar Pradesh Police. The rally started with a welcome by Mr Fasihuddin Khan, Secretary of Indian Crescent Society of Australia (ICSOA) followed by the national anthems of Australia as well as India.

Mr Jabir Mustapha provided a detailed explanation of CAA and NRC and how it affected the Muslim minority in India while Mr Niyaz Cannoth told of strong opposition to the discriminatory legislation being opposed by people in the state of Kerala. Mr Ali Khan while putting on a red Turkish cap explained of Muslim history and legacy in India and how proud he was of his ancestors’ contribution to Hindostan while Mr Moiuddin Mustafa described widespread protests against the acts in Hyderabad.

Mr Hassan Qureshi appraised the situation in Gujarat and how the legislation was affecting the people in that state. Suresh Vallath and Nandita Suneja talked about racial and religious discrimination affecting the people in the state of Assam. Mr Abbas Raza Alvi, President of ICSOA praised the efforts of people to come together on a hot day at the rally and called on PM Scott Morrison to raise the issue during his visit to India with PM Modi (the visit has now been cancelled).

Mr Kanan Gopinath from the state of Karnataka, an IAS officer who resigned from his post in protest against CAA and NRC addressed the crowds via a phone link and expressed his views on how this law will affect all Indians in a negative way. Mr Ashwin Thomas, a student activist in solidarity with protests by students at Jamia Millia Islamia University in New Delhi, Aligarh Muslim University and other university campuses and urged the people to continue their resistance.

Former Senator Lee Rhiannon talked about the wider implication of fascist policies being pursued by the BJP government including the 5 months long lockdown in Kashmir with crippling effect on the lives of indigenous people of Kashmir. Mr Abbas Chelat finally made the closing remarks thanking the large gathering of people for their enthusiastic support and to continue raising of their voices in the interest of their motherland. 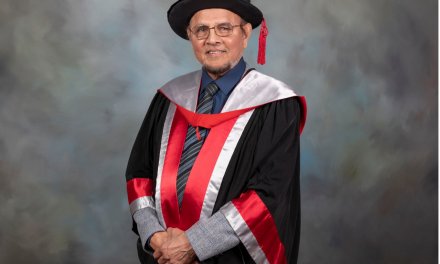