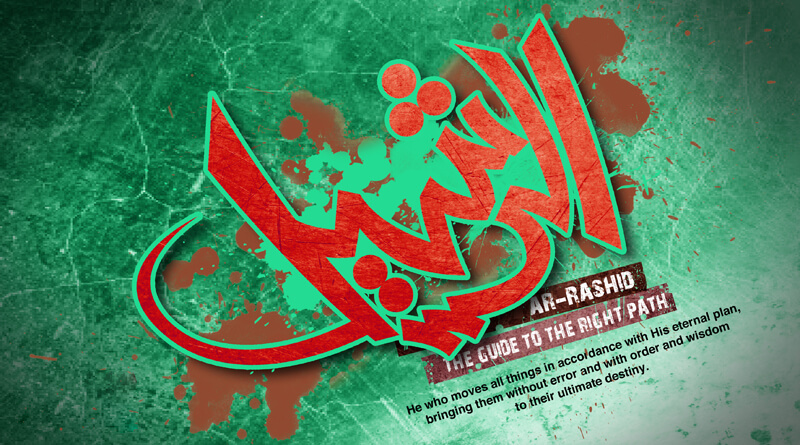 Indeed, the criminals will be in the punishment of Hell, abiding eternally.

It will not be allowed to subside for them, and they, therein, are in despair.

And We did not wrong them, but it was they who were the wrongdoers.1

And they will call, “O Malik, let your Lord put an end to us!” He will say, “Indeed, you will remain.”

We had certainly brought you the truth, but most of you, to the truth, were averse.2

Or have they devised [some] affair? But indeed, We are devising [a plan].

Or do they think that We hear not their secrets and their private conversations? Yes, [We do], and Our messengers are with them recording.3

Say, [O Muhammad], “If the Most Merciful had a son, then I would be the first of [his] worshippers.”4

Exalted is the Lord of the heavens and the earth, Lord of the Throne, above what they describe.

So leave them to converse vainly and amuse themselves until they meet their Day which they are promised.

And blessed is He to whom belongs the dominion of the heavens and the earth and whatever is between them and with whom is knowledge of the Hour and to whom you will be returned.6

And those they invoke besides Him do not possess [power of] intercession;7 but only those who testify to the truth [can benefit], and they know.8

And if you asked them who created them, they would surely say, “Allah.” So how are they deluded?9

And [ Allah acknowledges] his saying, “O my Lord, indeed these are a people who do not believe.”10

So turn aside from them and say, “Peace.” But they are going to know.11

God (Allah) endows His created beings with Divine wisdom showing the Path of True faith enabling them the message through Himself.

Almighty God (Allah) is the One who guides and directs His servants (True believers) towards things of benefit to them away from them which would bring them honour. He is the One who inspires their hearts with God (Allah) — consciousness and makes them pertinent and subservient to His commands.

Ar-Rashid carries the essence of Al-Hakim (The most Wise). Almighty God (Allah) is Ar-Rasheed in all His actions, sayings and directions. All His legislation is correct, stable and wise.

1. The Arabic word ‘Malik’ is used here for the Custodian of Hell.

2. We had disclosed the reality very explicitly to you but you were more interested and absorbed in stories and parables. The truth was much abhorrent to you. Why do you get upset now after seeing the outcome of your foolish performance and engagement? This phase may either be informed to you through the Hell Custodian or this may be the final outcome by Allah.

3. It refers to the discussions and issues raised by the Quraish Chiefs in their secret meetings while debating drastic decisions against the Prophet.

5. Convey to them, Oh Prophet! “My refusal is one considering one the progeny of God; not denial of worshipping the one whom you consider as God’s progeny is carried on by me just as my stubbornness and abstinence. Never! I categorically refuse it because of the fact that Allah has no son nor daughter. Actually all your beliefs come against the clear reality, otherwise I am such an obedient servant of God (Allah) that if really such would have been possible, I would have bowed down to Him even before you”.

5. God of human and earth are not different and separate ones; rather there is one and only one God (Allah) for the whole universe. The administration and actual wisdom and the content of the whole universal system is carried out only by Him and He fully knows the total reality of all the truth and realities.

6. His Beingness is far above High, Elevated and Exalted than anyone else because His partner and shareholder in the control and working of this universe, all the ones who assist in the heavens or the earth are definitely His servants and subordinates to Him.

7. Being given the permission of choice of any idea or action by God (Allah), you may foolishly adapt any other being as your guardian or deity but after leaving this world you are going to be dealt with only by the One and Supreme God (Allah) who is going to decide about your future life.

8. This verse has been interpreted in the following three ways:

i. One of those who has been aspired as deity by some who have knowledge as well as those who have proved as the ones capable of giving recommendation.

iii. Those who claim that the ones who have been considered as deities have the power of recommendation and have already the approval of God to get their recommendation approved are wrong as he cannot prove any evidence for his claim on the basis of firm knowledge.

Thus the following two basic principles can be deduced from this verse:

Firstly, the evidence of truth is never trustworthy without knowledge of pious people though such a person may be considered capable only by other people. For example, in this world anyone offering the evidence for being Muslim by words as a believer Muslim but such a person will not be considered as believers according to Allah unless he/she has uttered La Illaha Illalallah (There is no Deity except Allah) with his/her final intellect and knowledge.

Secondly, according to the law of evidence knowledge is essential to give evidence. It means that if a person, in the previous example, who is giving evidence does not have full knowledge of the person being a believer is not considered reliable.

10. The Arabic letter ‘wa’ should not be taken in a conjunctive sense as it is connected with the pronouns. If taken in this verse it is best considered referring to the prophet. Then the meaning of the verse is, ‘Oh Rabb (Lord/ Nourisher)! these are people who never believe’.

How strange is it that on one side they admit that only God (Allah) is the Creator of deities and on the other hand they insist on worshipping an assisted being for God (Allah).

11. Hence, therefore you should neither curse them for their taunting style nor respond to them harshly on their foolish arguments. Just ignore and depart from them. Allah (God) would decide about their future Himself alone.