The Muslim ummah needs to regain the spirit of wonder of the early Muslims whose faith in God soared under inspiration from Qur’anic revelations.

Muslims were aware of God’s benevolence in creating the universe with man as the khalifah (custodian) of the heavens and earth!  God says: “He has subjected to you, as from Him, all that is in the heavens and on earth” (45:13).

The Muslim’s imagination on reading the Qur’an would be stirred by verses where Allah avers to natural phenomena, encouraging mankind to investigate. Islam as a science-friendly religion promotes investigation and technological advancement that contributes to human wellbeing.

Mohammad Iqbal wrote in Reconstruction of Religious Thought in Islam that for a long time Muslim scholarship was influenced by theory-oriented Hellenistic thought. The Qur’an eventually changed that and in this sense Iqbal characterised the Qur’an as ‘anticlassical’ in its focus on deductive reasoning.

Consequently, early Muslim scientists expanded the frontiers of science and technology and built the world-leading Islamic civilisation.  A Muslim (natural) scientist inspired by the Qur’an would maintain a connection of science with spirituality whilst acknowledging the world’s divine origin.

The Qur’an refers to ‘ilm (knowledge) in the broadest sense; not separating knowledge of the manifested world from the unseen.  God Almighty provides humanity with two books – kitab at-tadwini (written revelation) and kitab at-takwini (book of natural phenomena).  Understanding from these two books deriving from one Source should obviously be in agreement.  If they appear not so, then scientists need to revisit their theories since Muslims believe the Qur’an is flawless.

Informed tafsir (exegesis) of the Qur’an depends traditionally on the Qur’an explicating other verses, and from the Sunnah, Arabic language, and Prophet’s Companions. These would also be investigated regarding scientific exegesis of the Qur’an, Tafsir ‘Ilmiy.

Classical scholars applied this approach, including al-Jahiz (776-869). The great Qur’an commentator, al-Razi (1149-1209) used scientific knowledge in his Mafatib al-ghayb (Keys to the Unknown). From Allah’s title, rabbil ‘aalameen (Lord of the worlds) in surah Al-Fatihah, he proposed that many ‘universes’ existed rather than the one known – the Milky Way. Other galaxies were confirmed much later using powerful Hubble telescopes.

Among the most impressive ‘scientific’ verses are those describing human foetus developments in the womb (32:8-9): “Then He fashioned him in due proportion, and breathed into him of His spirit. And He gave you hearing and sight and feeling (heart)”. These clearly prefigure more recent findings of the true sequence of organ appearance in the foetus – first ears, then eyes, and finally heart.

As a young scientist, my own experience in realising the Truth and so embracing Islam resulted partly from being shown Qur’anic verses accurately describing natural phenomena.  My faith increased on reading verse 21:30: “Do not the Unbelievers see that the heavens and earth were joined before we clove them asunder? … Will they not then believe?”  As a student being taught on the origin of the universe, the “Steady state theory” now considered obsolete, was still accepted. Only subsequently did the “Big bang theory”, closely compatible with Qur’anic statements, gain prominence.

The Muslim world is on the doorstep of important advances in Qur’anic-inspired scientific understanding. Close collaboration between scholars of revelation (‘Ulama) and scholars of natural phenomena (‘scientists’), particularly those capable of crossing tadwini /takwini  boundaries, can recapture the initiative for a new Islamic enlightenment of religious-inspired scientific understanding. 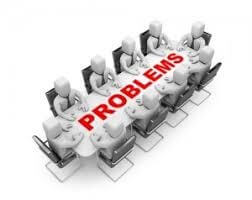