The first event of MEKAR 2014’s Second Australia Tour was held On the 28 September 2014, at the RMIT Spiritual Centre, Melbourne. This marked the beginning of a tour across four main cities in Australia, Melbourne, Sydney, Perth and Brisbane.

Mencari Keredhaan Allah dan Rasul (MEKAR) means to Seek the Blessings of Allah and Rasul, a program which was initiated in 2013 by the Malaysian Youth Student Association. The program was the brainchild of the MEKAR president at the time, Rizuwan Zaz Wandy.

This year, with the theme “Purification of the Heart”, MEKAR Australia 2014 invited inspiring speakers from Malaysia including celebrities of a local Islamic television program in Malaysia, Ustaz Ahmad Husni and Ustaz Syed Abdul KadirAljoofree, popular writer and panel of various radio and television programs, Ustazah Fatimah Syarha, and a renowned former performer and celebrity Ummi Nazeera.

Ustaz Syed Abdul KadirAljoofree covered the first slot of the program with the title “So which of the favors of the Lord would you deny?” while Ummi Nazeera touched on the topic of “Tips on how to be happy” in the second slot of MEKAR MELBOURNE. The speakers inspired many of the Malaysian Muslim youths in Melbourne to continuously practice the ways of improving oneself to be a better Muslims. MEKAR PERTH and MEKAR BRISBANE were held simultaneously 1-2 October 2014 at Dalkeith, Western Australia and University of Queensland, St Lucia respectively. In each city, the four speakers explained the meaning of hijrah, the turning point of the process and its importance. The speakers also described the challenges that one might face during the process of becoming a better Muslims. “Every day when you look at the mirror, remind yourself the purpose of life, why you have been created here on earth. Once you understand the purpose of life, you will notice the change, the way you act and behave towards other people, all your time will be spend wisely, your heart will be at peace, calm and tranquil. These are the signs that your heart has been purified.” Advised Ustazah Fatimah Syarha.

MEKAR 2014 Australia tour marked its ending on 4 October 2014 at the University of New South Wales, Sydney with an extra special edition where celebration of Eid Ul Adha was held on the same day. After reciting the Takbir of Tashriq and performing Eid prayer in the morning, Ustaz Ahmad Husni spoke on “Stairway to Heaven” while Ustazah Fatimah Syarha talked on “Man in The Mirror” which touched on the different stages of a Muslim’s journey starting from before they were born to the life hereafter.

Many more issues were covered in the forum sessions with the title “Heart to Soul” where the speakers touched upon topics such as ways to improve the heart, marriage and relationships, as well as daily issues faced by a Muslims living in Australia. Around 200 participants attended the MEKAR SYDNEY.

The Director of MEKAR 2014, Arif Fitri said, “Alhamdulillah this program has definitely been an eye opener to many Muslims, contributing to a positive change in oneself and the community.

He thanked all the Malaysian student organizations of MEKAR committee in Sydney, Melbourne, Brisbane and Perth, Rakan Muda, Kementerian Belia dan Sukan, Education Malaysia Australia, Asas Gruppen Sdn Bhd, Takaful Ikhlas, Kelab UMNO NSW, and many others for supporting us. This program could not have succeeded without all of you. Alhamdulillah all praise and thanks be to Allah.”He added. 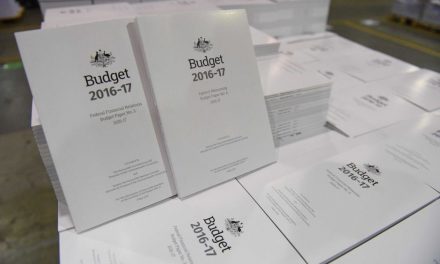