Two of AMUST volunteers have been recognised for their significant contribution to the community in the 2022 Australian Not-for-Profit Technology Awards, held at the Pan Pacific Melbourne on Thursday 12 May as part of the Connecting Up Conference 2022. Manar Ahmad wins Lifetime Achievement Award for volunteering his technological support services, while Rubinah Ahmad wins Tech Volunteer of the Year Award for volunteering her technological expertise, for the not-for-profit sector.

Now in its sixth year, the awards recognise the very best in technology innovation and excellence by organisations and individuals in the Australian not-for-profit sector.

Rubinah was recognised as the Technology Volunteer of the year because of her role as the backbone to the operations of Australasian Muslim Times (AMUST) www.amust.com.au, a non-for-profit print and online newspaper that was founded in 1991.

Since 2014, Rubinah has been key to establishing the newspaper on an online format. From establishing an online portal for authors and writers and online publishing of the newspaper using WordPress to managing the flow of articles using Airtable to preparing the print layout using InDesign to marketing AMUST on various social media platforms using Zoho and other tools.

Rubinah has not only implemented these technologies but also taught others through on-the-job training and knowledge sharing sessions with other volunteers.

Whilst, Rubinah has a Graphic Design qualification, most of the skills she leverages for her not-for-profit work has been self-taught.

Manar was recognised for his lifetime involvement with a number of non-profit organisations since he was 20 years old in 1985. One of his passions in all these organisations has been to enable technology within the organisation to meet their objectives and deliver services to their stakeholders.

Manar is involved in not-for-profit work as a volunteer (unpaid) an average 10-20 hours a week for most of his adult life. These have included:

• Forum Australia (Organiser of forums on contemporary issues) from 2006 www.aussieforum.org

• Companion House (providing medical and counselling services to victims of torture and trauma) from 2019 www.companionhouse.org.au

Connecting Up, the organisers of the awards. is a part of the Infoxchange Group, a not-for-profit social enterprise that has been delivering technology for social justice for over 30 years.

They work with community, government and corporate partners to solve issues around homelessness, family violence, mental health and disability, as well as supporting Indigenous communities, women, youth and families. 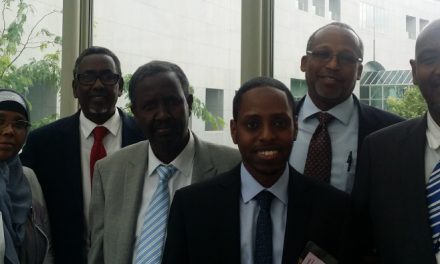