Freedom of information is one of the key elements of a free society and essential for peaceful and harmonious living. It is also a human right to gain and disseminate facts with truthfulness and accuracy without fear or favour.

Mass media that employs diverse means of media technologies to reach large audiences via mass communication has played a vital role in our modern society. Together with political, judicial and law enforcement agencies, media is one of the essential institutions of good governance in nation states.

One of the strengths of Western democracies has been freedom of media to provide information to the general population, providing check and balance on government institutions. However, the consolidation of large media empires in the hands of a few media barons with their own agendas and vested interests had its limitations for freedom of media.

On the other hand, control on mass media by authoritarian regimes in a number of countries has limited flow of information to the general masses resulting in poor governance, corruption and oppression.

Journalists play a vital role to fulfil the human right of providing information with truthfulness, accuracy and responsibility. In a good society, Journalists must be provided with the opportunity to report facts and express their ideas and opinions on current affairs without fear or favour.

They also have the responsibility to reflect on diverse ideas and opinions of the population without any bias share their criticism and grievances working towards good governance.

Journalists must seek out truth and boldly raise awareness of injustice, corruption, persecution and abuse of power and wealth and promote corrective action in order to build an equitable, fair and just society.

Unfortunately in third world countries in general and many Muslim countries in particular, there have been limitation to media freedoms where the journalists had limited opportunities to freely disseminate information.

A number of independent media institutions are not tolerated and journalist who wish to exercise their freedom to freely express facts and any criticism of authorities have been jailed, exiled and even killed.

A glaring case is that of Jamal Khashoggi, an inside Saudi journalist turned critic who commented on the policies pursued by the Saudi regime, who was killed inside the Saudi Consulate in Istanbul on 2 October 2018. His body has yet to be found.

The UN human rights investigator Special Rapporteur Agnes Callamard  leading the international inquiry into the murder of Saudi Journalist Jamal Khashoggi obtained conclusive evidence implicating the Saudi government for the crime, calling it “a brutal and premeditated killing, planned and perpetrated by officials of the state of Saudi Arabia”, in a statement released on Thursday 7 February 2019.

In a number of Muslim countries including Saudi Arabia, Egypt, Turkey, Syria, Bahrain, UAE, and Bangladesh,  independent media institution have been either been closed or are not tolerated and journalists have been harassed, jailed or forced into exile.

Many of these exiled journalists have found refuge in Western countries where they have been trying to rebuild their lives by learning the local language, obtaining additional qualifications, improving their skills and trying to find jobs in their field, an uphill struggle indeed.

Multicultural and multilingual media institutions have developed in North America, UK, Europe and Australia providing the opportunities for a number of migrant journalists to serve their specific community as well as people in their home countries.

AMUST was rebranded in July 2014 becoming the voice of Australia’s diverse Muslim community. With a weekly email newsletter and a national print newspaper edition each month together with a dynamic website and social media presence, AMUST covers local, national and global news, opinions, community events, lifestyle and sport activities.

Having lived in Australia for more than half a century, I am proud to claim that this lucky country provides the best opportunity in terms of media freedoms where one can share their thoughts, express their ideas verbally and in writing without any fear or favour, unlike in many other parts of the world. 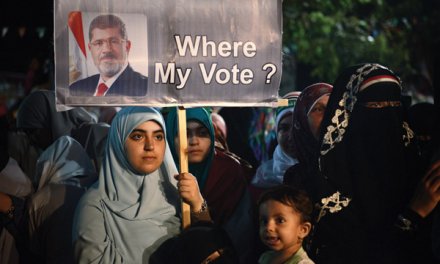