We may read many books, magazines, articles, newspapers and tons of other things. Have you ever realised if those books or articles speak about you? Is it not curiously pleasant to know that there is a Book in which you are mentioned?

When I read that Book which claims that it talks about me, I realised that it is true. My experience made me to feel gratitude towards the Author Who not only remembered me but also mentioned me in this very special Book.

Unfortunately, many people are unaware of this fact that they have been mentioned in this Book; this is the Quran in for this claim is made.

People in general think it is either a religious book or the book of some particular people who follow a specific religion. Hence, they do not feel any attachment to that Book.

The Author of the Quran introduces Himself in the Book and makes some unusual claims. He says He possesses unlimited knowledge of each and everything of not only this world but rather the entire universe.

He enjoys unlimited wisdom, unlimited power. He reads what is there in the hearts of people.

When I read this kind of statements I realised and felt that no other author of any other book dares to make this kind of claims about him or herself.

Readers find in this Book other claims which are equally interesting and unique. It is said in this Book that it expounds truth related to life and death.

Several methods are used to explain the truth connected to many things of the observable and the unseen world. But many people generally do not comprehend the things that have been made understandable.

This Book is available all over the world. Originally, it was composed and revealed in Arabic language, but its translations are available in most languages of the world.

It has been memorised and read by millions of people every day. Children as young as seven years old memorise it wholly which contains a total of 114 chapters.

It also makes claims for its authenticity and truthfulness. Although, it is the Book for all people of all generations, yet it seems to be geared towards people of understanding.

It says: “…Surely there are many things in this for people of understanding” [20: 54]. It is a reminder, an admonition from the Creator of the earth and the high heavens to the people of the world.

The beauty of it is that even though it was revealed during a long period of 23 years, yet no one finds in it any contradiction [4: 82].

It is said in the Book: it is a light, a clear book which shows to all the paths leading to safety.

It brings people out from darkness to light and directs people on to the straight path of development and civilisation [5: 15-16]. So, O people: “We have bestowed upon you a Book that mentions you. Do you not understand?” [21: 10].

It is your right to accept the word of the Quran. However, if you intend to reject it, what is wrong in reading it at least once?  After all you are mentioned in it.

Notice when you read the Quran, how the Author mentions and describes you. Then ask yourself if the claim is true or false.

Dr Ali is currently working in International Islamic University Malaysia as Professor in the Department of Usul al-Din and Comparative religion. His area of specialization is modern and contemporary Islamic thought along with the comparative study of the modern Western philosophical thought and ideologies. 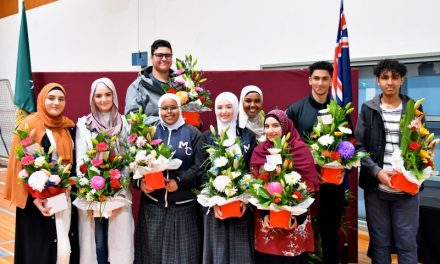 The spirit of Qurbani: Sacrifice