Avoiding reality: the elephant in the room 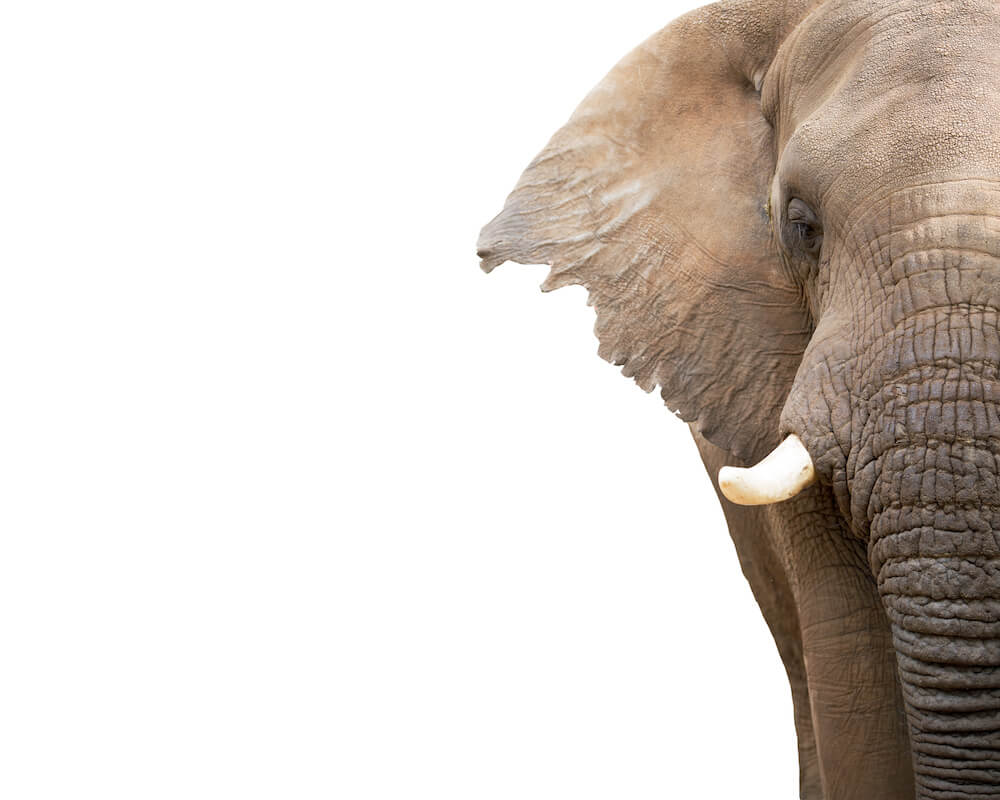 “The Elephant in the Room” is a saying reportedly handed down from a fable by Russian author Ivan Andreevich Krylou, in 1814, entitled “The Inquisitive Man”. It tells of a man who visits a museum, and while noting many tiny items, fails to notice the elephant in the room.

Being a fable it expresses well our human tendency to selectively overlook or disregard the most obvious and uncomfortable truths which we find too disturbing to face. We turn a blind eye, or as another saying goes, we “stick our heads in the sand”.

At times it seems as if we feel “it” will just go away, or that the situation will change; perhaps the “elephant” is a Muslim elephant so we should just accept it.  But will the situation change or will it just go away?

As Muslims we, just like the “inquisitive man”, so easily see and judge what we see as the faults of others, particularly in matters of religion while overlooking our greater wrongdoings or lack of kindness.

This, incidentally, is not just a Muslim fault but a human one which even Jesus (as) decried when he said to the Pharisees: “Woe unto you scribes and Pharisees, hypocrites! For ye pay tithe of mint and anise and cumin, and have omitted the weightier matters of the Law, judgement, mercy and faith….Ye blind guides which strain at a gnat and swallow a camel.”[1]

This was a very big deal – having the temerity to stand up against the scholars and ruling classes of that era.  Luke brings out yet another side to this incident when the Pharisees are told that they are scrupulous in keeping the laws as they pertain to tithing but they have passed over judgement (in greater matters) and in recognizing the love and mercy of God in dealing with the people. [2]

As Muslims we, too, accept the importance of Laws of both country and religion which in many ways overlap and uphold each other.  This is part of our faith.  We cannot be Muslim and disregard the rules that are given for the purpose of living harmoniously.

Justice and mercy go hand in hand.  However, we are told that Justice must over-ride even our love of family.  “O ye who believe! Stand out firmly for justice, as witnesses to Allah, even against yourselves, or your parents, or your kin.” [3]

There is another side to Justice, and that is to stand up for those who are being unjustly treated whether they please you or displease you; whether they are Muslim or non-Muslim.   Justice is Justice, and it is for all, regardless of any other qualification. “O you who believe!  Stand out firmly for Allah as witnesses to fair dealing, and let not the hatred of others to you make you swerve to wrong and depart from justice.  Be just: that is next to piety: and fear Allah for Allah is well-acquainted with all that you do.” [4]

Sadly there is a very tiny minority who believe that non-Muslims, or those whom they look down upon, do not deserve to be treated justly or with respect.  At times they are thought not to be worthy even of honest dealings. This is one very large elephant which we overlook to our own detriment and the detriment of the perceptions of Allah and Islam itself.

There are even those who think they can defraud Governments for their own benefit and they will not be judged.  Indeed they also are blind, straining at gnats and swallowing camels (or perhaps elephants)!  This has to be acknowledged.

While the Brotherhood enjoyed by Muslims is something we all believe in and enjoy, have we, perchance, forgotten about Human Brotherhood?  Has it slipped our minds that Allah is the Creator of mankind and to Him is mankind’s final destination?  Hammudah Abdalati has raised this point very well under the heading, “The concept of brotherhood”:

This was very obvious in Prophet Muhammad’s (S) dealings with those who were not Muslim.  His treatment of his Jewish neighbour, regardless of the ill will generated towards him, was something which will resound throughout time.

His standing and asking his followers to stand as the funeral cortege of another Jewish man passed by is also worthy of note.  One of the Sahabah said, “O Prophet of Allah this man was a Jew!” To this the Holy Prophet (S) said, “He was also a human being.”

Who is our neighbour?

I once spoke at an Interfaith Meeting in Brisbane where my topic was “Neighbours in Islam”.  There is just so much that is expected of we who are Muslim with regard to our neighbours.

However, this brings us to yet another aspect, and perhaps another elephant:  “And when they are told ‘spend ye of the bounties with which Allah provided you’ the Unbelievers say to those who believe: ‘Shall we then feed those whom, if Allah had so willed, He would have fed (Himself)?” – Ye are in nothing but manifest error.” [6]  We see that miserliness is classified with unbelief.

There are also those who believe that one has to be Muslim before being accorded the privilege of recognition as a “neighbour”.  That was brought forcibly home to me when at the meeting I

mentioned, one man spoke out publically and stated that to a Muslim, only another Muslim can be a neighbour.  At that point I reminded him of the Jewish man whose hatred of the Prophet caused him to put rubbish on the pathway in the hope that the Prophet (S) would stumble in the dark. One day the rubbish was not there, nor the following day.

Personally I may just have been tempted to be grateful and think no more about it.  However, the Prophet of Islam (peace and blessings be upon him) went to the home of the neighbour as he knew that all was not well.

He found the man ill and unable to fend for himself, so he cared for him, bringing him food and tending to his needs.  It has been reported that the man then realized how wrong he had been and that indeed the Holy Prophet was a man of God.  It is said that he then pronounced the Shahadah, proclaiming that Allah is the only God and that Muhammad is the servant and messenger of Allah.

In Australia we live near or beside Christian neighbours and friends who will soon be celebrating Christmas. Perhaps we have Jewish neighbours celebrating Hanukkah (Jewish New Year).

So often Muslims are told it is wrong to give greetings for these occasions.  My Brothers, my Sisters, among those lessons given by the Prophet of Allah regarding neighbours, it mentions the exchange of greetings and gifts between neighbours.  They know that we are Muslim, that we do not celebrate Christmas or Hanukkah with them, but we celebrate friendship and neighbourliness.

“He who is best to his neighbours will enjoy the neighbourhood of Allah on the Day of resurrection.” – Prophet Muhammad (S)