Expressing your opinion would kill you in Bangladesh, it killed Abrar In the early hours of Monday 7 October 2019, Abrar, a 21-year-old undergraduate student of Bangladesh University of Engineering and Technology (BUET), breathed his last at his university dormitory. It was not a natural death. He was mercilessly beaten for hours by a group of students of the student wing of the ruling party of Bangladesh and his ‘crime’ was to express his opinions on Facebook on different occasions.

On Sunday afternoon, Abrar had just returned to Dhaka after spending a 10-day holiday at his home in Kushtia, a western district of Bangladesh located at 5-hour distance from the capital. He was a 2nd-year undergraduate student at the Department of Electrical and Electronic Engineering in BUET, the most prestigious university of the country.

According to his roommates in the university dormitory, Abrar was studying maths for preparation for his forthcoming exams. At 8 pm, a group of students appeared to their room saying that Abrar now has to meet a big-brother in room number 2011 at the same dormitory.

In Bangladeshi universities, everyone knows those big-brothers as well as their following groups. They are the leaders and activists of Bangladesh Chatra League (BCL), the student wing of the government party Bangladesh Awami League.

No one has the audacity to ignore such a call there. Students are being called and punished by them regularly for various ‘crimes’, ranging from not participating in the party meetings to supporting opposition student organisations and so on. However, the punishment for Abrar went overboard this evening.

At 2 in the morning, his roommates were instructed to find him in the 2nd floor staircase of their dormitory building and take care of him. They ran to the staircase, and found him motionless, lying down on the floor. They called the resident physician of the university and upon arriving, he pronounced Abrar dead. After the post-mortem next day, physicians said that he died due to excessive internal haemorrhage.

He was a completely healthy young man at 8 pm the previous day and he was now dead at 2 am. Over these hours, he was beaten by cricket stamps, a blunt piece of hardened wood, as a punishment for a recent Facebook post that he wrote on the previous day.

On Saturday, Dhaka and Delhi signed seven bilateral agreements during the Bangladeshi Prime Minister Sheikh Hasina’s visit to India including allowing India to build a coastal surveillance radar system in Bangladesh, allowing it to withdraw a huge quantity of water from Bangladeshi rivers to run a water project in the neighbouring India, allowing it to use Bangladeshi seaports for good transportation and exporting liquid gas to India.

Water has been always a sensitive issue between these two countries. Historically, India has been controlling the river flows through dam to create droughts and floods in Bangladesh.

These recent agreements, grossly in favour of Indian interest and damaging Bangladeshi interests furthermore, has created little reaction in the country. In Bangladesh, all newspapers and TV channels with differing views have been already shut down over the last decade. Every single news outlet in the country is run by pro-government journalists. Therefore, this little reaction was limited to some facebook posts only.

On Saturday afternoon, Abrar posted a brief 157-word status update in Bengali on Facebook. He mentioned a historical incident in the fifties when India didn’t allow its neighbouring country to use any seaport during a time of economic crisis, another current incident of conflict between two South Asian states where they do not agree to share river water, and exporting gas to India while many Bangladeshi factories have recently been shut down due to gas crisis.

Finally, he wrote an old proverb that inspires to sacrifice someone’s own interests to make others happy. Using this proverb to denote the relation between the two countries was a very subtle and gentle satire. However, Abrar is dead now; gone and rested forever.

Bangladeshi media have reported this event using their usual methods; ‘a student was beaten due to his alleged connection with Shibir’ was the general heading. Shibir is the student wing of Islamist political party the Jama’at, which has become almost extinct through years of mass-arrest, killing, torture and enforced disappearance.

Previously, Abrar put a slogan on his Facebook profile picture saying ‘Stop killings in Kashmir’. In August, he wrote another post where he expressed his sympathy for Rohingya refugees.

The nature of such online expressions by him was the reason he was identified by these ultra-secular pro-government students as a ‘potential Islamist threat’. Islamophobia can be sometimes more fatal in a Muslim country than a non-Muslim one. In Bangladesh, this is the perfect example of age old saying ‘give the dog a bad name and hang him’. The leading intellectuals and journalists of the country regularly dehumanise the opposition and normalise any oppression on them.

Being a Jew was good enough reason to be treated inhumanly in Nazi Germany, differing with the so-called pro-liberation government narrative is now adequate to lose everything, even the life itself, in current Bangladesh.

For a person like Abrar, religious consciousness added to expressing his opinion freely in the public domain, this was an inevitable destiny.

Abrar’s death is not anything new or unthinkable in Bangladesh. Over the last several years, hundreds of man, women and even children were tortured and killed there. Many were arrested and imprisoned for years due to their posts on social media.

However, the death of a student with such academic success and studying in the top university of the country has renewed the shock to many.

“My son was just an innocent student. He had his own strong opinions and he was killed for that” – Barkat Ullah, Abrar Fahad’s Father, rightfully told Aljazeera.

If Abrar’s death clarifies only one thing, that would be the fear of the fascists towards freedom of speech. They have now made Bangladesh into such a place, where a 157-word Facebook post is adequate enough for a young boy full of life gets killed and afterwards the justice denied by all institutions in the country. 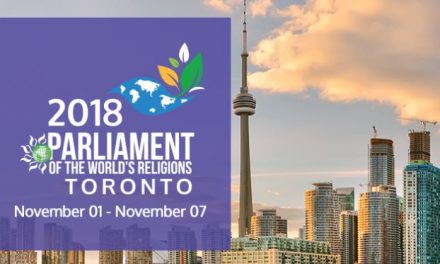