Sydney Cricket League (SCL) is the most anticipated, celebrated and exciting “Multicultural T20 Cricket Championship” in Sydney, New South Wales. Sydney Cricket League caters for 800 players having backgrounds from Australia, Pakistan, India, Sri Lanka, Bangladesh, Nepal, & Afghanistan and celebrate cultural diversity. SCL is a T20 league complied by all the ICC rules and regulations with neutral umpiring and attractive prizes for all the athletes. SCL will also run continuous donation drives for the period of six months by donating part of the team registration fees to SAF, collecting donation from spectators at cricket grounds and encouraging sponsors to donate for SAF causes. We believe that this partnership will help SAF in building a long-term association with the cricket community in Australia.

Daniya Syed is a student of Year 9, she is technology enthusiast and have participated in FLL International Robotics Championship competitions. She represented Australia in 2018 FLL Championship held in Estonia, Europe as Lead Programmer and Technician of an All Girls Muslim Robotics Team. Daniya has also developed a mobile application called 'RoboAssist' which helps FLL teams in preparation for the competition. This application is available on Google PlayStore in more than 140 countries free of charge. Daniya also has keen interest in community related activities and volunteers herself for various charity organisations. The Prophet of Love and Compassion 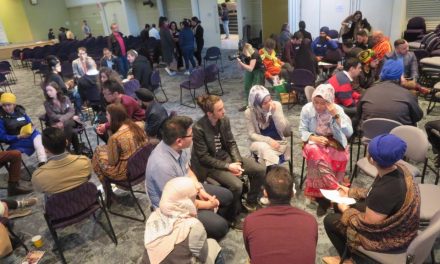