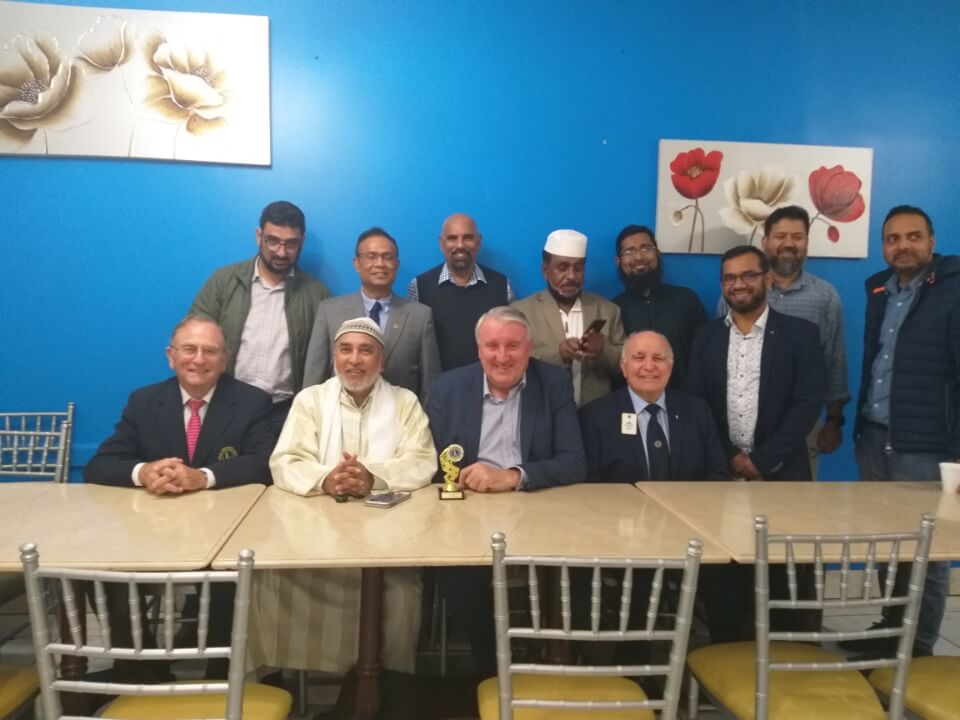 The “Riverstone Muslim Cemetery board Sydney’ arranged a Multifaith Iftar party at ‘Himalaya Restaurant” on Friday 24 May 2019. The party was arranged in honour of Mr Peter O’Meara, CEO of Catholic Cemetery & Crematorium Board.

It was attended by dignitaries from different communities/organizations in Sydney.

Guests present in the party were among others – Mr Rafique Hassan, President of Quakers Hill Mosque and  Mr Mohammed Azam, Secretary of  Quaker Hill mosque;  Mr Anjum Rafiqi, Mr Azam Ali and Mr Ibrahim Mollah from Riverstone Muslim Cemetery Board and Mr Mizan Howladar were present in the Iftar party. The meeting started with a short speech of welcome by Mr Ali. He introduced the guests, described the brotherhood relationship between the Muslims & Catholic group in Sydney.

Among others, Dr Moinul Islam, President of Shapla Shaluk Lions Club also addressed the gathering. He thanked for inviting the Lion personnel to the Iftar party.

Dr Islam then described different charity projects done by Shapla Shaluk Lions Club that include repatriation of two destitute Bangladeshi young people who faced premature tragic death in Sydney in the recent past.

He praised Mr O’Meara & Mr Kazi Ali for their effective steps towards creating a great bonding between the Catholics & the Muslims. It is a great example of a peaceful multicultural Australian society. A special memento “Shapla Shaluk Lion Crest” was presented to Mr Peter O’Meara as a token of gratitude.

Mr O’Meara then thanked the Riverstone Cemetery board, Muslim community & the Shapla Shaluk Lions Club for the acknowledgement.

The Iftar party then ended with a traditional Indian/Pakistani dinner. 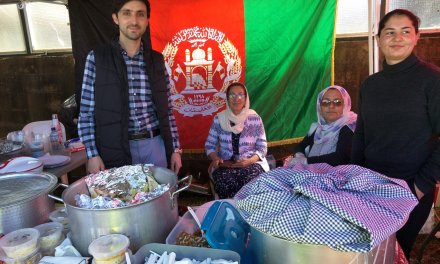