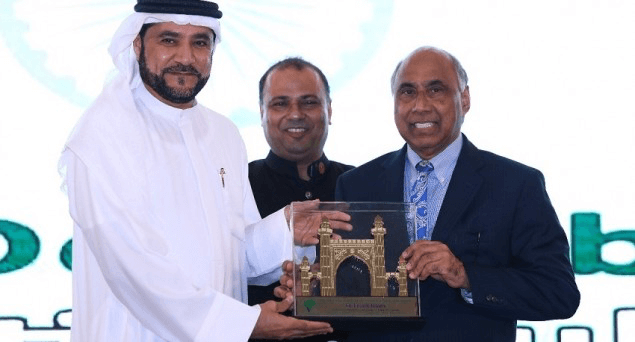 While Hamid Ansari, who was Vice President of India for 10 years after serving as Vice Chancellor of AMU and chairperson of National Minorities Commission, received the award in the category of administration excellence, Frank Islam got the Sir Syed Global Philanthropist Excellence Award.

Frank had recently donated $2 million to his alma mater AMU for a new complex for business and management studies.

Besides the two, 15 other eminent alumni of AMU were also honoured with the award in different categories.

They include Tariq Chauhan, Group CEO of EFS Facilities Services Group, filmmaker Anubhav Sinha and journalist Rifat Jawaid. Ten of the 17 winners reside in UAE. All the winners are AMU alumni.

Speaking on the occasion, Frank Islam recognized the role of AMU in making him what he is.

Early in his speech, Frank praised Hamid Ansari for his strong belief in “building the most diverse, inclusive, and fair vision of India.”

About the idea behind the awards, Pushkin Agha, managing director of Vertex Events, which organized the awards, was quoted as saying by Gulf News: “This is the first event held to recognise AMU alumni who have excelled in their field. Leading establishments such as Forbes and Harvard University have awards for their alumni. AMU is a prestigious institution that is almost 100 years old, our alumni are spread around the world. So this event will bring them together and recognise their achievements on an international platform.” 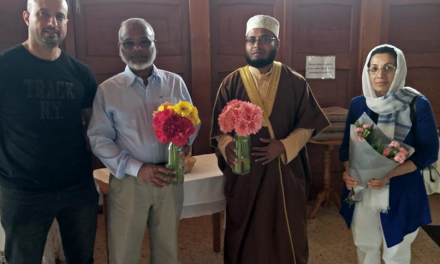 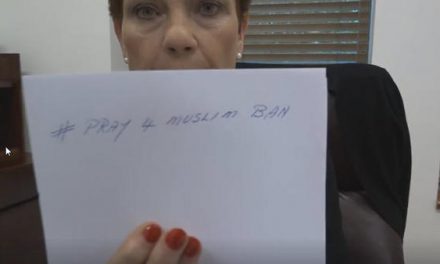