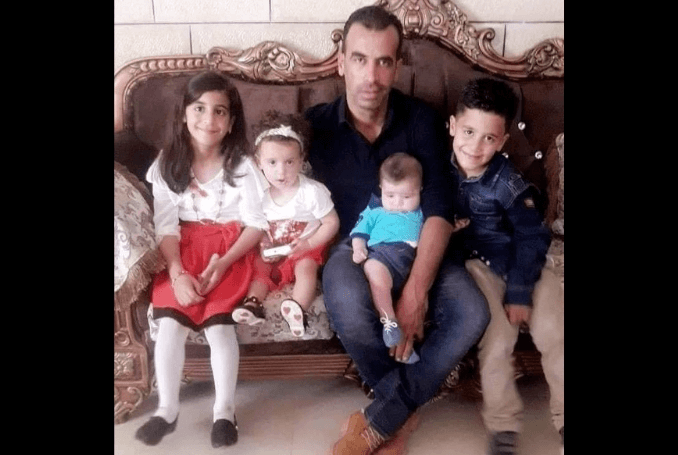 In the latest episode of the ongoing settler violence against Palestinian villagers, Hamdi Naasan 38, a father of four was shot and killed while more than 30 other Palestinians were wounded by armed Jewish settlers, from illegal Israeli settlements, raiding the village of Al-Mughayir in the West Bank on Saturday 26 January.

While the Israeli army obstructed mourners by setting up roadblocks on highways and roads leading to the burial site, the funeral of Hamdi Naasan was attended by thousands of Palestinians.

The UN’s Middle East envoy,  Nikolay Mladenov termed the killing “shocking and unacceptable” and called on Israel to “put an end to settler violence and bring those responsible to justice.”

There has been a marked escalation in terror attacks by armed groups of Israeli settlers against Palestinian civilians as a result of a culture of hate and atmosphere of incitement and violence against Palestinians, that the extremist Israeli government espouses and promotes with its apartheid policies.

Earlier in October last year Aisha al-Rawbi, 47 was killed after being hit by a 2kg stone thrown by Israeli settlers in the West Bank.

After a delay of three months, Israeli prosecutors have now charged a 16-year-old seminary student with manslaughter. Four other suspects arrested as part of the investigation have been released to house arrest.

According to rights activists, Israel has been dragging its feet in cases of anti-Arab attacks by Israeli settlers in comparison to investigations into Palestinian attacks.

The road has two separate lanes divided by an eight-meter-high concrete wall, one for Palestinians who reside in the West Bank, and the other for residents of illegal Jewish settlements in the West Bank.

For Palestinians, who cannot access Jerusalem without hard-to-obtain permits from the Israeli military, the road is designed to lead them to an underpass that would eventually lead to the West Bank cities of Ramallah and Bethlehem – without having to drive through Jerusalem.

For Israeli settlers, the road has granted them quicker and easier access to and from the city.

Israel has been emboldened since the election of Donald Trump as the US President who blindly supports Israel for all its illegal activities including the building of illegal settlements in the occupied territories.

In 2018 the US government reduced its funding for aid and development projects to assist Palestinians by more than $US500 million.

From 1 February 2019, no UN agencies or the US Agency for International Development will receive any US government money for projects that benefit Palestinians.

The US move against humanitarian and development aid assistance to Palestine is part of the Trump-Kushner “deal of the century” for the Middle East. Both are backers of Israel’s takeover of Palestinian territory.

Jared Kushner, US envoy to the Middle East is Trump’s son-in-law and special adviser to the President.