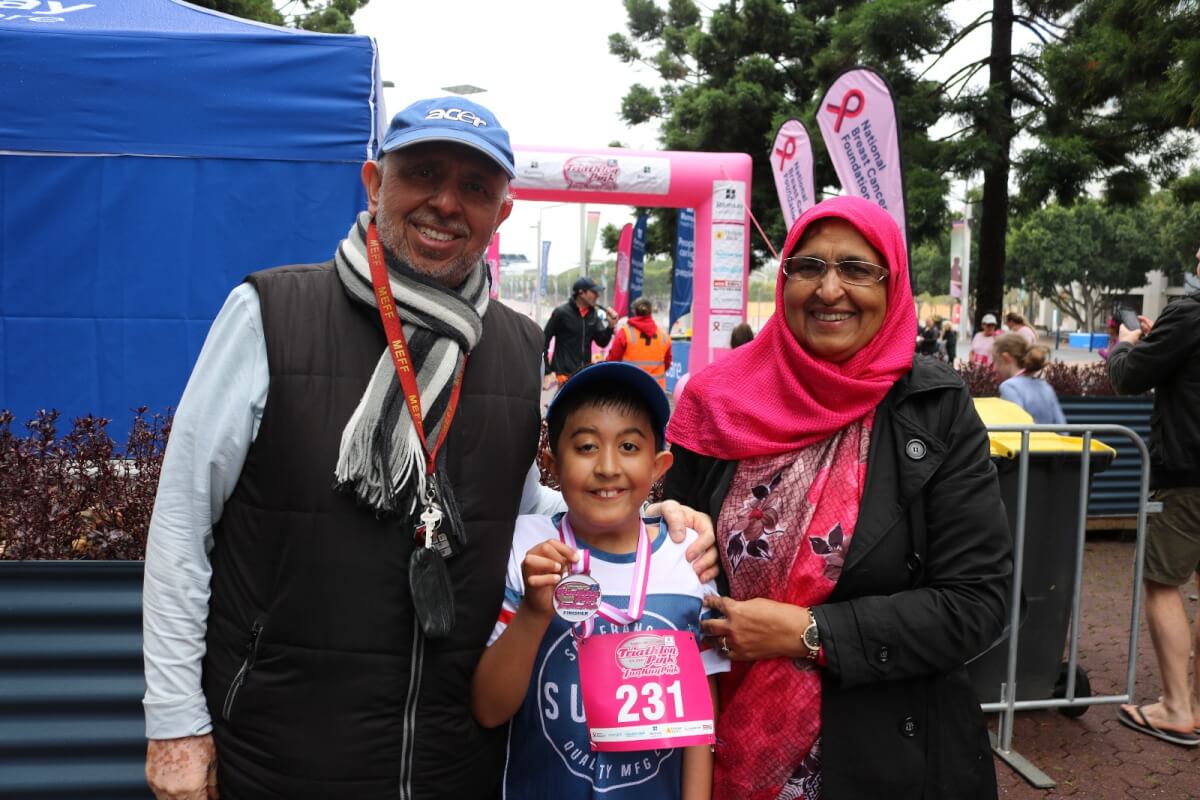 On Saturday 6 October 2018, hundreds of women and kids competed in Triathlon Pink held at Sydney Olympic Park. There were different categories with different distances to suit each athlete.

Triathlon has become a popular sport. A triathlon is a multiple-stage competition involving the completion of three continuous and sequential endurance disciplines, swimming, cycling and running. The event was well organised and enjoyed by all participants and many families that came out to show their support. Each athlete received a medal at the finish line.

Sena Asaroglu, Yr 11 IB Student, from Australian International Academy, Strathfield, also competed in the Fun Run and did very well. She ran 3km with support from her brothers. She did it as part of CAS (creativity, activity and service) for the International Baccalaureate Diploma Programme. Triathlon Pink holds events in Sydney, Melbourne, Perth, Brisbane, Gold Coast and Sunshine Coast and they are a national series which aims to raise funds and awareness for their charity partner, National Breast Cancer Foundation. In 2017 / 2018, they hope to take their fundraising past $2 million.

It was wonderful to be part of such a fun event to help raise funds for charity and also enjoy the challenge with so many other Aussies. It was good to see a greater representation by Muslim Sisters at this event, much more than previous years. They felt so comfortable amongst all the other women and proud to be in a country that supports such events.

I hope to participate in many more triathlons in 2019.

You can find out more about Triathlon Pink at www.triathlonpink.com.au