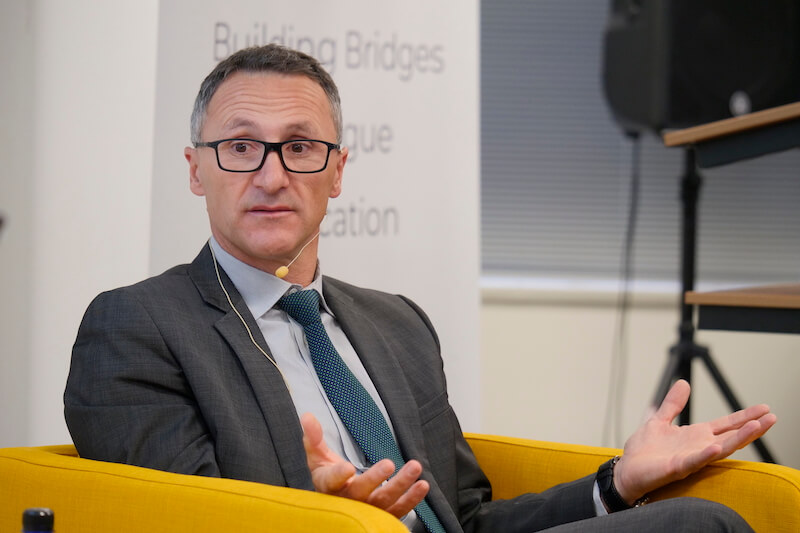 In a conversation facilitated by Network Ten’s Political Reporter, Catalina Florez on Friday 19 October at Sydney Offices of Affinity, the Greens leader Dr Richard Di Natale discussed issues including the current migration debate, the recent “It’s ok to be white” motion put forward by Pauline Hanson, and presented his reflections on the past 12 months in politics regarding Multicultural Australia.

“Australia is enriched by the contribution of people who have come from all over the world”: Senator Di Natale talked on racism, migration and Australian Multiculturalism.

Affinity Intercultural Foundation’s Morning Conversation with Richard Di Natale drew a full house, who came to listen to the Australian Greens Leader discuss the challenges of politicising multicultural Australia and how to overcome them.

The Senator began by stating that it was important to realise that multiculturalism being politicised in Australia was not a phenomenon unique to the country, given the rise of right-wing politics and Trump’s election.

He stated that, although the support for multiculturalism in Australia is still strong, it is unquestionable that support has dropped off. His reasoning for this shift? An increase in structural, systemic and economic inequality.

“People are expressing concern over issues such as having a stable job or keeping a roof over their heads. When you have rising economic inequality in a society, you see an increase in racism and division,” he said.

In this kind of environment, political leaders are willing to exploit this fear of difference to further their political agenda, rather than fix the real problem.

“There will always be people who fear difference, and people who are willing to inflame that fear,” Richard Di Natale said.

To counteract this, the Senator believes we need to call out acts of racism, address increasing economic inequalities and plan our cities better. “The reason cities can’t cope with migration is because governments aren’t planning their cities adequately, not because we accept migrants from all over the world,” he said.

Dr Di Natale further added, “we should not decrease the number of migrants we accept because people in our cities are feeling under pressure. That’s the wrong diagnosis for the problem at hand. We are successful as a country due to migration. Migrants create jobs and a better community for all of us.”

“The soul of our country is enriched by the contribution of people who have come from all over the world. We learn from, and listen to each other. The sum of all that is greater than individual parts,” he said.

On the sudden announcement by Prime Minister Scot Morrison to recognise Jerusalem as the capital of Israel following President Trump, Mr Zia Ahmad, Editor-in-Chief of AMUST asked if this was prompted by intense lobbying by supporters of Israel or a ploy to attract Jewish votes in the Wentworth by-election the next day.

Dr Richard Di Natale answered that both reasons were at play for this tactical move in self-interest of the Liberal Party completely disregarding the national interest.

Guests were also treated to a sweet treat in the form of Noah’s puddings, which were served to mark Muharram, the sacred first month of the Islamic calendar.

In his concluding remarks, Ahmet Polat, Executive Director of Affinity drew an apt analogy between the pudding and multiculturalism in Australia.

“An important quality of Noah’s pudding is that even though it contains many ingredients, when it’s cooked, every ingredient keeps its own characteristics,” he said.

“The cooking process does not lead to the individual ingredients losing their identities; rather, the end result is a great dessert that contains the qualities of each of the ingredients.

“Noah’s Pudding has a lot in common with multiculturalism. The sweetest form of multiculturalism is when people from different backgrounds come together to form a harmonious environment and retain their own identity and qualities.” 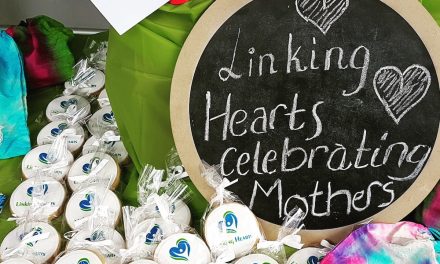