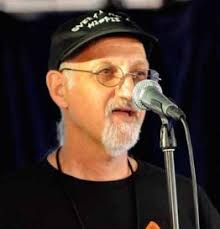 On 15 August 2010 an unusual but exciting music festival began in Sydney. A dream coming true for Sydney-man Gary Holzman was the formation of the Jewish Music Festival called Shir Madness.

Gary is a man where music runs through his veins and he wanted to share this with everyone.

The Shir Madness music festival became an annual event for the Jewish community with just one condition: Any musician could apply to perform as long as there was a Jewish connection  –  either one of the band or troupe must be Jewish, or the act must consist of one Jewish song, or the composer of one of the songs must be Jewish.

“We don’t ask about religious beliefs as this is not relevant to us; we know that performers have included Muslims, Christians and no doubt many atheists too” said CEO Gary Holzman.

Since the inauguration of the first festival, there have been a variety of musicians from many backgrounds.

The most recent festival was held just three weeks ago and featured an amazing musician who’s background is Moroccan – his name is Shai Shriki. A very talented man who plays various instruments including the Spanish guitar and the oud  –  he had people dancing in the aisles during his performance.

Growing up with Moroccan music around him, starting with his grandfather, Shai took very strongly to the Magreb style. “I love the different cultures in this festival and have appeared on previous occasions” he said. See https://shirmadness.com/performers/shai-shriki/

The Shir Madness festival first began at the Bondi pavilion and has now got a new home, the Emanuel Synagogue, featuring 4 stages. “Festival guests to the event have one problem: They need to make a decision as to which acts they will attend, as the stages all run concurrently” said Gary Holzman. “We always have both local Australian musicians and some imported artists like Shai.”

Shir Madness has now progressed to be an annual event alternating between Sydney and Melbourne. It is a non-political organisation focussing on cohesion of different types of Jewish music from all over the world. With a mixed audience of all ages, this year’s event attracted over one thousand music enthusiasts and ran all day and into the evening.

Gary summed it up by saying “The festival builds bridges and promotes harmony between communities through the universal language of music. It also provides role models and is an inspiration for young performers to pursue their artistic and creative potential.” See https://shirmadness.com/

Being the organiser of the Australian Music for Refugees project, I was pleased to learn that Shai Shriki, whose parents come from Casablanca in Morocco, runs a similar organisation in Europe and he provides music instruments to refugees in Lesbos, Greece. “I feel very strongly for the refugees no matter what their background” said Shai.

Shir Madness builds bridges and promotes harmony between Jewish and non-Jewish communities through the universal language of music.

I therefore find it interesting that reports from Le Desk online newspaper stated that King Mohammed VI of Morocco recently ordered that Holocaust studies now be included in the educational program at schools in order to fight anti-Semitism.

I suspect music will also play a part. 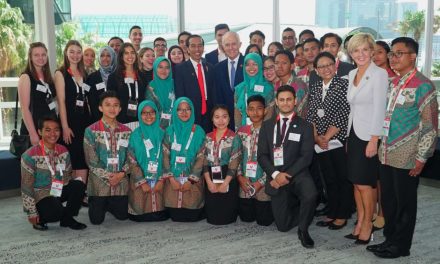