The taxi driver taking me to my Yangoon Hotel in 2014 pointed out the affluent dwellings of the city’s Muslims as we passed by. Appearances suggest amicable relations exist with the Muslim minority in the capital.

Opposite is the case in Rakhine state (Arakan) bordering Bangladesh where actions of Myanmar and local governments reflect a wish to extinguish their Muslim communities.

The Economist reported that many believe Rohingyas are the “most persecuted people on Earth”.

Arakan was originally an independent kingdom. Muslims (Rohingyas) were a sizeable integral community living there for more than three centuries. Rohingyas have long historical roots since Arab traders arrived in the eighth century.

‘Rohingya’ just means ‘inhabitant of Rohang’, the early Muslim name for Arakan. Rohingyas have their own dialect and literature. They are an ethnic mix of Bengalis, Indians, Moghuls, Pathans and Arabs with a unique culture.

They participated in the court of the ruling Arakan Mrauk-U dynasty (1430-1784) in key ministerial and judicial roles. These rulers, although non-Muslims, took the title ‘Shah’; coin issues even carried the kalima “La Ilaha illallah” (There is no God but Allah).

The 1785 invasion by Burmese forces resulted in wholesale slaughter of male prisoners and taking their wives and daughters as slaves and concubines.

In 1825 the British annexed Arakan and later all of Burma became part of British India. Non-Muslim Rakhinians strongly resent that the British facilitated migration of Bengalis into Arakan who joined existing Rohingya communities, and during World War II armed Rohingyas against countrymen supporting the Japanese. British rule therefore was a root cause for current ethnic tensions.

Their situation has worsened from Myanmar government policies. The 1.3 million Rohingyas in Myanmar are stateless and refused citizenship and other basic human rights.

It is a false position the Myanmar government promotes that Rohingyas are recent migrants from Bangladesh when historicity of longstanding Muslim Arakan communities is firmly established.

Recent atrocities, which resulted in 87,000 Rohingyas internally displaced, occurred in 2012 and 2016-2017. Although Burmese blame rebel attacks on border posts it is criminal for authorities and non-Muslim mobs, urged on by Buddhist monks, to barbarically punish peaceful communities.

The UN report in February 2017 found a “calculated policy of terror” by security forces against Rohingyas: “The testimonies gathered by the team; the killing of babies, toddlers, children, women and the elderly; opening fire on people fleeing; burning of entire villages; massive and systematic rape and sexual violence, … speak volumes of the apparent disregard by [military] and Border Police Guard officers [and] total disdain for the right to life of the Rohingya.”

Given that Buddhism promotes respect for life, it is incongruent that more Buddhist institutions do not condemn these atrocities. The Dalai Lama though and Pope Francis have spoken out strongly.

It is high time culprits in Arakan are charged before the International Criminal Court and countries apprehend suspects travelling abroad.

The Turnbull government surprisingly refused to back an international investigation into atrocities against Rohingyas despite a senate motion urging Australia to call for a UN commission of inquiry.

The government should act decisively now on compelling evidence that genocide is happening in our own region. 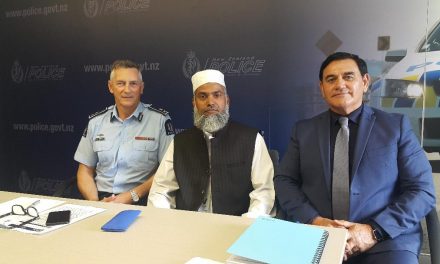