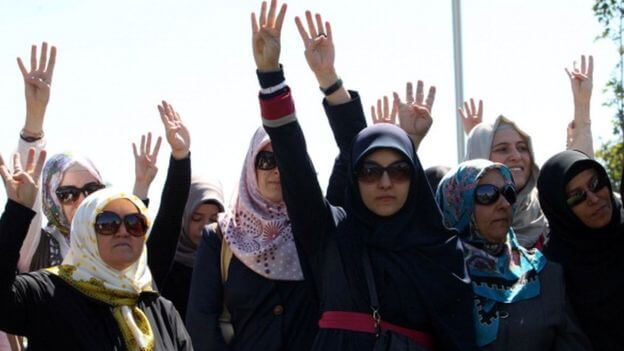 A ban on female army officers in Turkey wearing the Muslim headscarf has been lifted by the government in February 2017.

Over the past decade the ban has been removed for schools, universities, the civil service and in August for the police.

In 2010, Turkey’s universities abandoned an official ban on Muslim headscarves.

Three years later, women were allowed to wear headscarves in state institutions – with the exception of the judiciary, military and police. That year, four MPs wore headscarves in parliament

Wearing headscarves in public institutions was banned in the 1980s.