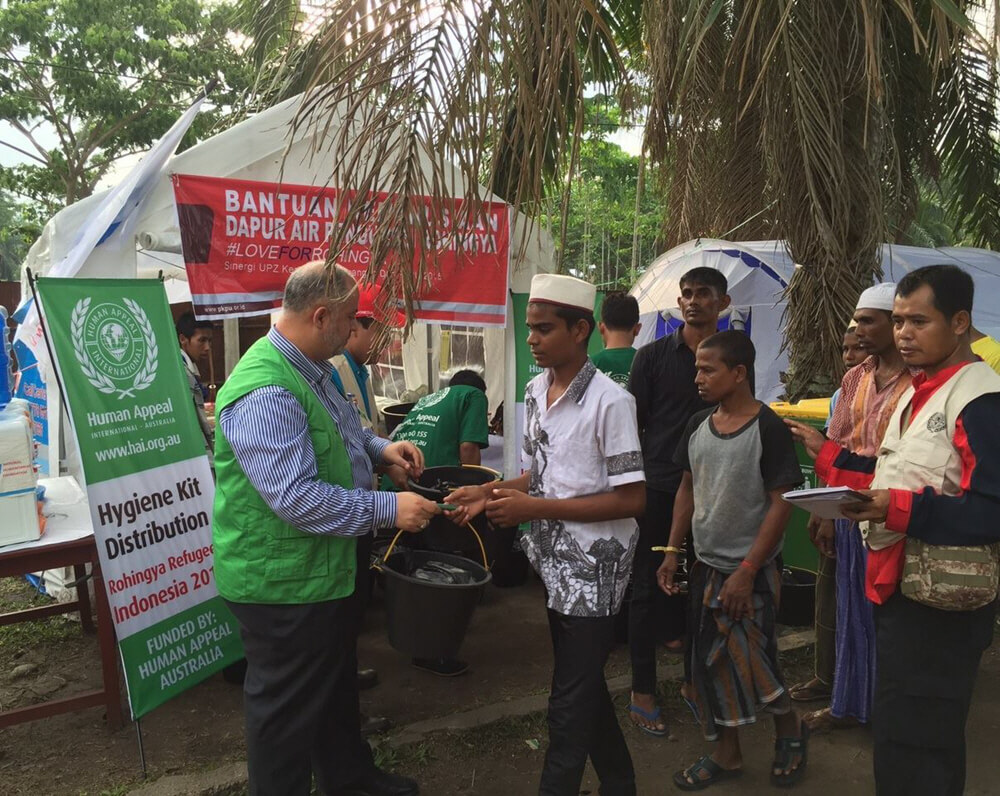 Human Appeal International Australia’s director Bashar Al-Jamal  spent the first days of Ramadan in Indonesia supervising the distribution of aid to the Rohingyan refugees in Indonesia as well as to poor Indonesian families. The Rohingya’s Muslims from the Burmese (Myanmar) state of Arakan have been forced to flee their home homeland, leaving them to the mercy of people smugglers and travelling in boats rife with disease with many deaths resulting from the sinking boats.
The first phase of the distributions took place at Muara Angke in North Jakarta. There were many poor and needy families that would be struggling during Ramadan and around 156 families received food parcels and attended  “Feed the Fasting” Iftars  set up bu HAI Australia. The next phase of the distributions took place at a Rohingyan Refugee camp in Bayuen, Aceh Timur. Upon meeting the Rohingyan refugees, their suffering became more apparent as they all had their own stories detailing their perilous escape from Myanmar and the horrid conditions they faced on a daily basis, as well as the loss of their loved ones. Their journey on the boats in a desperate escape from their home country was filled with severe hardship as many were malnourished due to inadequate access to food and water. Among the refugees was sister Anwara Begum, forced to flee Myanmur and had spent three and a half months on a boat before finding refuge in Indonesia.

Over 1150 benefited from the distribution of hygiene kits, food parcels and the iftar provided for the refugees. Both the Indonesian families and the Rohingya refugees are thankful to Human Appeal for the aid that they have received.