Yassmin Abdel-Magied went toe-to-toe with Senator Jackie Lambie ‘discussing’ Sharia law on QandA. This exchange sparked a myriad of points of view of those who supported and were against both speakers. Yassmin Abdel-Magied has received an unfair barrage of insulting comments and criticism from all sides, but she takes it like a hero.

“Throwing gay men off buildings, enslavement of women, early/forced marriage and FGM are not sharia.”https://t.co/Avhww5hR0Z

Yassmin Abdel-Magied said nothing wrong. She should not have to face this venom. https://t.co/4jbblM1sqz

Show me – among those condemning @yassmin_a – where an iota of energy has been expended to to liberate women? https://t.co/eRA1gnptmG

The RWNJs who want Yassmin Abdel-Magied sacked for expressing her free speech, are the same RWNJs attacking #18C in the name of free speech

To Muslims living in Australia, we’re not all like Lambie. This is your home as much as it is mine, you’re welcome here. @yassmin_a #QandA

The treatment of @yassmin_a this past week – particularly in some parts of the press – has gone beyond fair comment to vitriolic vendetta.

I’m am so proud of ABC! Yassmin Abdel-Magied did a fantastic job. @yassmin_a keep up the good work!

@yassmin_a Watched you on Q&A. I am a white female dual US/AUS citizen – and AGREE with you 100%. Stand tall, stand firm. Go girlfriend.

@RendezView I hope not. The way people have treated @yassmin_a is disgraceful. I support you and am grateful you speak out #qanda

Love watching @yassmin_a try to be civil. She does a much better job of it than I would.

@georgiedent @yassmin_a or protect woman and children. Let us b honest these guys don’t give a rats arse about woman or children.

it’s so upsetting seeing all the hate @yassmin_a is getting online. it makes me sick to my stomach. but, we are so proud of you yassmin😘

@yassmin_a Thanks for being a wonderful and strong woman Yassmin. #IStandWithYassmin ❤

@yassmin_a I have a bit of a girl crush on you! Keep being incredible and helping knock down those barriers. 💕🙌🏼✨

I have not met many people who do more to promote the power of women and girls than @yassmin_a https://t.co/QXKaF7lvgP

Disagree with plenty of what @yassmin_a says but her right to speak openly is essential. Sacking calls are pathetic. https://t.co/xViwSh9np8 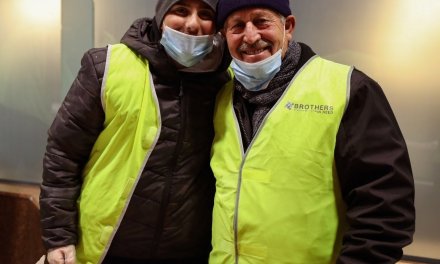 Grandfather and grandson volunteer their time together