Say, ‘Shall we invoke instead of Allah that which neither benefits us nor harms us and be turned back on our heels after Allah has guided us?’(We would then be) like one whom the devils enticed (to wander) upon the earth confused,(while) he has companions inviting him to guidance,(calling), ‘come to us’.’

Say, ‘Indeed; the guidance of Allah (the only) guidance; and we have been commanded to submit to the Rabb of the worlds,

‘and to establish prayer and fear Him.’ And it is He to whom you will be gathered.

And it is He who created the heavens and earth in truth1. And the day(whenever) He says, ‘Be’, and it is. His word is the truth. And His is the dominion2 (on) the Day the Horn of Trumpet is blown3. (He is) Knower of the unseen and the witnessed; and He is the Wise, the Acquainted4.

1. It has been narrated in the Quran at different places that Allah (God) has created the earth and the heavens in truth or for the purpose of truth. This information contains many broad perceptions.

a. One perception is that the creation of the earth and the heavens is not just a sport for recreation, an enchanting display to play with and discard without care and interest. Actually, they have a very serious and important function through which services are performed. It is inconceivable that their creator shall not take account of the performance on them to plan for the next system. The Quran informs us of this.

b. Another perception is that Allah has established the whole system of Universe on the firm principles of truth. Each and every factor pertaining to the establishment of this universe is based on the laws of justice, wisdom and truthfulness. There is no provision for the germination and fruiting of fictitious falsehood. It may be that Allah gives a chance to the falsehood promoters to invite others towards the falsehood, atrocities and calamities. But eventually the earth would reject every bad seed and every false person who attempted to harvest the tree of falsehood and their efforts will be totally wasted.

c. The third perception is that God (Allah) has created the whole universe for the sake of truth and has been continuing its existence on the basis of His personal rights and ownership. His order prevails by virtue of His Sovereignty over His own created Universe. If apparently one feels the order of some other being over the universe, it is nothing but deception. In reality neither does anyone else have any control nor does any single entity of believers have the right to attempt to control it.

2. It does not mean that the Sovereignty does not belong to Allah at present. It only reminds us that when the time shall occur everyone shall realise that all those who were considered as managers shall become totally powerless and only one God (Allah) who has created the whole universe shall have all the discretion of Sovereignty

3. What shall be the exact procedure of the trumpet blowing? Its details are beyond the perception of any living humans. Whatever we have come to extract from the Quran is that when the trumpet has been blown the first time, all living creatures shall die. Then with Allah knowing only, the trumpets will be blown the second time when all the previous and the final ones shall become alive formerly to find themselves gathered at the destination of Resurrection. So the whole universe shall disappear and then on the blowing on second trumpet a different system in different form with different laws and regulations shall be established. 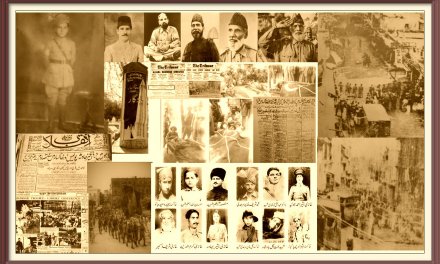