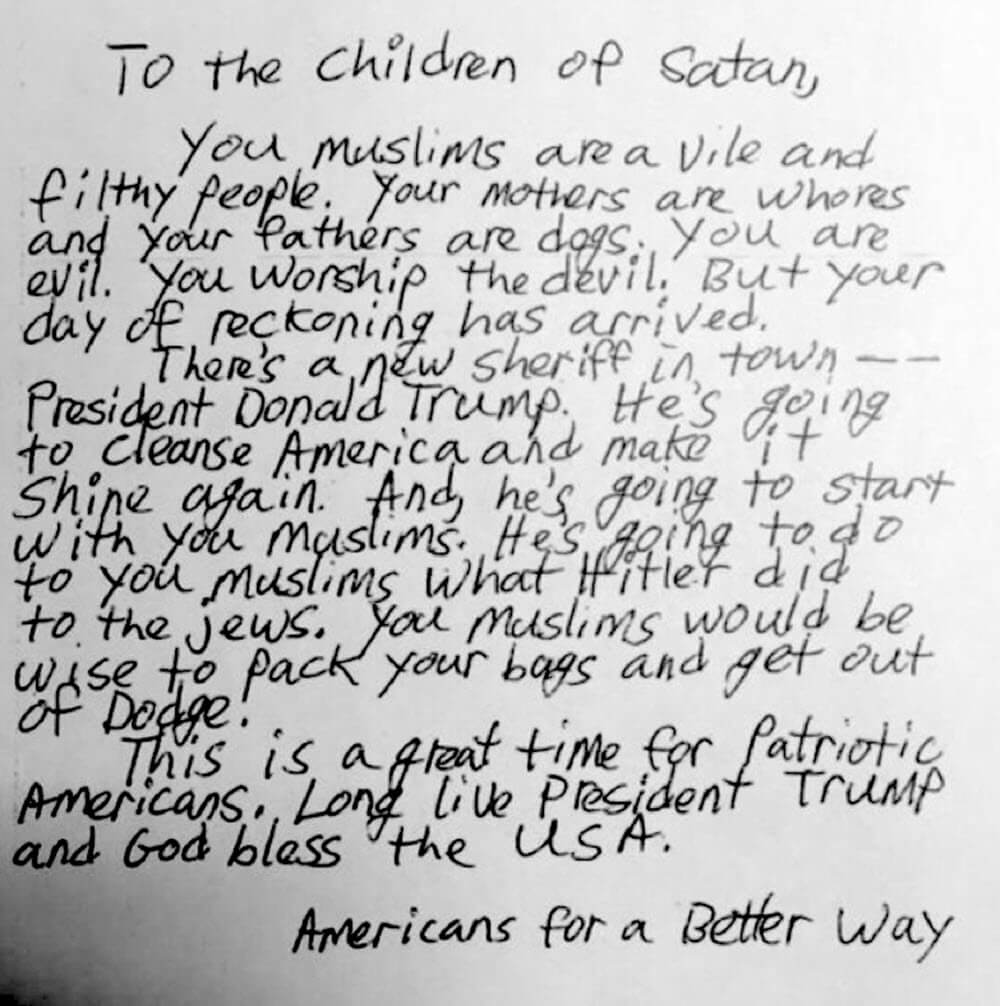 The same short, anti-Muslim letter — addressed to “Children of Satan” — was sent in recent days to mosques in San Jose in northern California and Long Beach and Claremont in the Los Angeles area, said the Council on American-Islamic Relations, or CAIR.

The letter dismissed Muslims as a “vile and filthy people” and called on them to “pack your bags and get out of Dodge,” the council said.

Trump, the letter added, is “going to cleanse America and make it shine again. And, he’s going to start with you Muslims.”