My name is Abdul Hadi, Sana’s husband, and she’s given me the task of revising the fiqh I’ve studied in order to come up with an easily understandable and practical guide to traveller’s fiqh. Over this series of articles I’ll be covering various aspects of the Islamic dispensations one may take while travelling. I’ll be approaching this exercise via the Hanafi madhab (school of thought). InshaAllah this series will be of assistance to you in your travels. The first concept that we’ll be covering is the framework within which traveller’s fiqh exists. This can be summed up in the general statement – المَشَقَّةُ تَجْلِبُ التَّيْسِبيرَ – which means difficulty brings about ease. And travelling, no doubt, is a testing exercise, being continuously on the go, leaving our comfort zones, testing our limits, discovering more about ourselves and our surroundings. But with this difficulty does come ease. Generally speaking, this ease comes in the form of relaxing certain conditions and pillars of particular obligations. Or in other words, making permissible that which normally wouldn’t be so. Let’s take prayer for example. We know that a condition of a valid prayer is that you face the qiblah. However, we will learn in a future article that a traveller can pray facing away from the qiblah given specific circumstances. Shortening the four-rakaahprayers to two is another example of this principle, where the obligation of praying four has been lifted in the event of travelling.

What makes me a traveller? The fiqh sense of the word.

So the next question we might ask now is what makes me a traveller? Here, an important distinction needs to be made. The word traveller has its general usage in everyday vernacular and a more specific usage in the realm of fiqh. We are concerned with the latter here, and so we refer to the scholars of fiqh, not conventional usage, to determine the meaning of the word. For example Al-Quduri of the 5th century says, “Travel that is given consideration in [legal] rulings is the travel of someone who intends a location that is of a distance of three days travel by camel and foot.” Or, in more commonly used units of measure, it is travel of a distance of 77 kilometres (48 miles).

Let’s take these questions one by one.

When am I considered a traveller?

Once you’ve started your journey, which is once you’ve stepped out the door right? Yes, according to everyday vernacular, but not according to fiqh usage. According to fiqh, you’re a traveller only once you’ve exited the city limits, while intending a journey of 77 kilometres or more. Al-Quduri says, “Whosoever leaves as a traveller prays two rakaahs [for Dhuhr and Asr] once he parts ways with the city houses [read: city limits.]” This also answers our second question:

Can I be considered a traveller before leaving the city limits?

The answer to this is no. The implication of this is that, as long as you are within the limits of your home city, the dispensations of shorter prayers, not fasting in Ramadan and related rulings do not apply to you. Yes, even if you’ve packed your bags, placed them in the taxi and you’re on your way to the airport, or even waiting at the airport, the related rulings do not yet apply. Remember, we’re dealing with fiqh definitions and not conventional usages of words.

When do I start calculating the distance of my travel?

Ok I know that I’m not yet a traveller upon exiting my home, but I can at least start calculating the distance of my travel at that time right? Not exactly. Even though that’s what first comes to mind, the correct method is to start calculating the length of your journey upon leaving the limits of your city. Why? Because that’s when you’ve become a traveller in the fiqh sense of the word marking the beginning of your journey.

Am I always considered a traveller while abroad?

I’m either a traveller or at home right? Not quite true. The definition of a traveller according to fiqh presents a situation where you could be abroad and not a traveller. This is when you’ve reached your destination and intend to reside there for 15 days (360 hours) or more. Al-Quduri says, “One remains in a state of travel until he intends to reside in a city for 15 days or more.” How do you re-enter the state of travel? By embarking upon another journey of 77 kilometres or more.

Ok so that’s all we’ll be talking about to day inshaAllah. What follows is a table that summarises a few of the concepts that we’ve taken today. Perhaps it’ll help you memorise these few rules related to traveller’s fiqh!

So until next time inshaAllah! 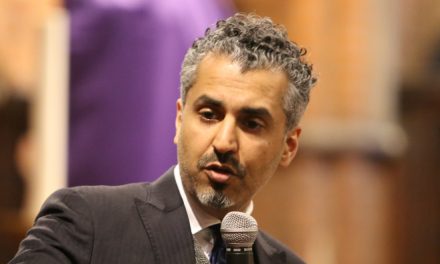