Last week Fairfax were made to look like a right bunch of bellends after it turned out the “teenage terrorist” on the front page of several of their major newspapers was just some kid at a party. Twitter jumped all over it, naturally, because a newspaper getting something very important very wrong is often quite funny, especially when they even screw up the apology they make for the original screw-up by pairing it up with a picture of Jamie Durie for some reason. The bollocking Fairfax is receiving is entirely justified — a young guy has been branded a terrorist on the front pages of some of the country’s largest newspapers because someone at the editorial desk can’t tell brown people apart — but it’s also completely unsurprising given that the last week or so has seen so much Muslim-bashing it’s almost like we’re back in 2001 again. Or 2005. Or 2006 — look, the point is, we’ve fallen back really, really hard into our nasty old habit of treating Muslims — or anyone we think is a Muslim — like the aliens in District 9. The last week alone has seen almost too many instances of hatred and violence towards Muslims to count, and they’re not just coming from some fringe group. Senior Australian politicians, media outlets, police, the general public — everyone’s jumping on the “gotta vilify dem Muslims” bandwagon. Apologies for any that I’ve missed; I honestly don’t think I could find them all in time to get this published.

Let’s start with the politicians, because this is going to be an exercise in masochism anyway. Jacqui Lambie continued her run of being a stellar human being by sharing an image on Facebook of a woman in a burqa holding a gun that strongly implied the woman was a terrorist.

That woman, in fact, was Lieutenant-Colonel Malalai Kakar, Afghanistan’s first female policewoman who was killed by the Taliban outside her home in front of her young son; the image had been repurposed by the far-right UK party Britain First. Cool. What a classy-as-heck thing to do, use a picture of a dead lady who fought for her country and paint her like the people who shot her. Nice one.

The original photographer called Lambie out not only for disgracing Kakar’s memory, but for using the image to promote the “ban the burqa” campaign; a movement recently given some high-profile boosts from Lambie’s fellow Gronkimentarians (Adj.,  Aus. En., “Parliamentarians who are gronks”) George Christensen and Cory Bernardi, both of whom want to Free Them Brown Womens by legislating what they can and cannot wear because that is how Freedom works.

On Tuesday, Christensen admitted his opposition to the burqa was mostly because he feels it “instils fear” in people — because there ain’t nothing scarier than a woman choosing to wear an article of her faith, apparently. To be fair on him, Muslim women who wear the burqa in this country do have a history of unnerving activities, including “going to the shops”, “buying food” and “walking around”, which must be quite alarming if you are a conservative politician, a small, fragile bird, or a combination of the two. Lambie also continued her Crusade against Sharia law, accusing those who practise it of being “bullies and thugs who impose their culture on us” despite not possessing the faintest, remotest, am-I-somewhere-in-the-ballpark idea of what Sharia law actually is, as she revealed so sweetly on the ABC’s Insiders on Sunday.

It’s easy to dismiss Lambie as “that Tasmanian who asked for some sweet dick on the radio once”, but she — along with Bernardi, Christensen and a whole whack of others — are the people who Australia has gifted with the power to make laws. Make. Laws. I wouldn’t trust Cory Bernardi to make a cheese sandwich without slipping some creepy macho-religious crap into it, let alone a bill in the friggin’ Senate, but it’s kind of difficult to dismiss his views as “fringe” given he was literally the Liberal Party’s first choice to represent their values in the great state of South Australia at the last election.

If I were Muslim, I’d take a whole heap of confidence from a senior figure in my country’s ruling party bringing up a piece of cloth worn by some adherents of my faith in a discussion about terrorism raids for literally no reason at all.

Alright, I cut corners here a bit. I could have gone through every news website and painstakingly found every article that drummed up fear about Teh Muslimzz over the last week, but I just went and made a fun collage instead. Spot the odd one out and you win a prize. If you said “Hang on! One of those pictures isn’t a hateful, fearmongering front page at all! That fourth one is a cat!”, then you are correct!

Your prize is a one-way ticket to a country with a media that isn’t run by fat rich old white men who are scared of things they make no effort to understand. Please take me with you in your suitcase. Please. I’ll be very good.

There’s the three “men of Middle Eastern appearance” who were detained by police at a football match because someone thought the way they were checking their phones was “suspicious”.

There’s the Muslim guy who was detained by the cops for filming in the Melbourne CBD (read his account over the The Drum if you read nothing else; it’s mildly terrifying).

There’s that mosque in far north Queensland that was vandalised, that mosque in Brisbane that was vandalised, those Muslim ladies in Queensland being told to “fuck off back to your own country” and having coffee thrown on them, and that carload of white guys on the Gold Coast who threatened to behead a brown person in the street because they thought he was Muslim (seriously, Queensland, you are not covering yourself in glory on this one).

There’s the guy who walked into an Islamic school in Sydney armed with a knife, forcing children to be locked inside their classrooms and hide under their desks.

At this point, who are we kidding when we tell ourselves Australia is an equal society? Based on the last week alone, it’s obvious Muslim Australians have a very different lived experience to Anglo Australians — one in which they are perpetually regarded with suspicion and fear that often escalates into outright hatred, abuse and violence, and in which they are continually expected to justify their own existence. Catholics don’t have to constantly reassure people that they aren’t child molesters; young white guys don’t get checked for firearms by police every time they’re around a school; but a Muslim? If a Muslim’s not screaming #NotInMyName and constantly apologising for the latest atrocity committed by a band of thugs half a world away, we assume they’re complicit, if not an active participant.

And all the stuff you just read about? That happened over one week. One week. Imagine living that. Imagine growing up with it. When a ten-year-old kid feels he doesn’t belong in the society he’s grown up in — to the point where he feels compelled to ring up a national radio station and talk about it — maybe “radical Islam” isn’t our biggest problem.

It’s about time we came out and said the blatantly, nauseatingly obvious: Muslims get treated like garbage in Australia. Absolute garbage. Instead of asking Muslims to “prove” their loyalty and give up their religion, maybe we should be focusing on why that is, and what we can do about it. 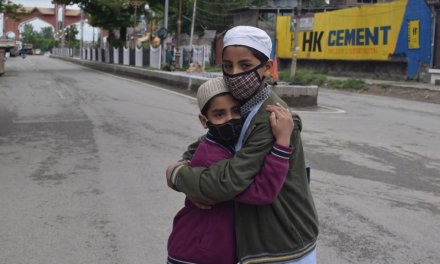 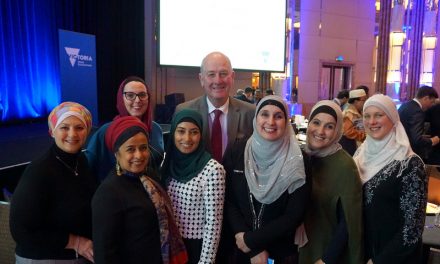