The GCC is a national Children’s Medical Research Institute (CMRI) fundraising initiative held throughout the month of October every year since the inaugural event in 2013. While our legs can now recover from our participating, we, the seven members of Team Al Siraat, are still in awe of what has been achieved this year.

We would like to celebrate the extraordinary efforts to fight childhood cancer and wholeheartedly thank our school and wider community for their ongoing fabulous support. Now in its fourth years, the 2016 Great Cycle Challenge has raised a record-breaking $2,934,257 to fight childhood cancer. That is almost $3 million raised for the CMRI to continue and extend their scientific research work on trying to find a cure for childhood cancer(s).  As in previous years, all funds raised will support research into the prevention, diagnosis, treatment and cure of childhood cancer.

Nationwide, nearly 11,000 riders took to their bikes, with more than half of them having been personally affected by cancer. In total, the participating cyclists rode a total of 2,733,738 km, meaning we collectively lapped earth (along the equator) more than 62.3 times during October. Besides our very own team member, 9-year-old Mariam Moeladawilah, 266 inspiring kids took on the challenge on behalf of children fighting cancer. Tanya Kubitza with her daughter, Mariam from Team Al Siraat.

At the other end of the spectrum, one of the oldest riders who participated was 81 years young and the gentleman still clocking in an amazing 500km. Another cyclist completed his 302km challenge on a unicycle.  In total,rides were recorded in 22 countries, including Brazil, Malaysia, China, India, Germany, the United Kingdom, Canada and the United States. Team Al Siraat would like to thank everyone who participated so much for their determination to give kids fighting cancer the brighter futures they deserve.

As a real team effort, Al Siraat’s cyclists raised the fabulous amount of $8,404.68 for this worthy cause, with the ongoing help and support from family members, friends, colleagues, parents and the greater community, both within Australia and overseas. On behalf of my fellow team members I would like to thank all our donors for their amazing support. It was YOU who kept us pedaling throughout the month of October and helped us reach and exceed our overall riding goal of 800 km. Besides, the CMRI’s fundraising team shared countless messages received from the families affected by cancer who wanted to thank riders for our incredible efforts.

In this spirit, team member Nazreen Keown who had joined the challenge for the first time and raised the amazing amount of almost $3800, stated that participating had helped her in many ways on a personal level as well, “(…) not just by getting exercise, but it has helped me feel empowered.” It is something anyone being able to ride a bike could do, giving much needed support to gravely ill children and their families who are battling childhood cancer day in day out.

Our combined fundraising efforts saw Team Al Siraat in First Position of the Leader board within the School’s Category. What a fantastic achievement in its own for our Muslim community, mashaAllah! On a national level, our cycling team ranks on 13th position out of 465 teams.  We are deeply humbled by this amazing result and celebrated our successful conclusion of the 2016 Great Cycle Challenge with a beautifully decorated, handmade cake. 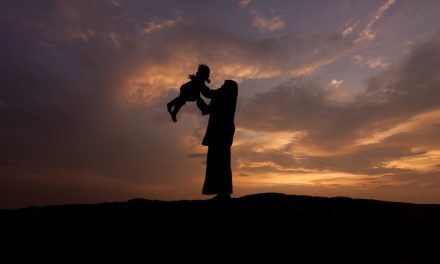 Reflections: My three in one mother