The Prophet (SAW) once said that “Prayer is light” and there is a tradition ascribed to the Prophet that “Salat is the ascent of the believer.”

The Prophet (SAW) once said that “Prayer is light” and there is a tradition ascribed to the Prophet that “Salat is the ascent of the believer.” He said this about no other form of worship and what’s more the Salat was granted as a gift from God to the Prophet (SAW) to give to his Ummah during his own ascent (the Mi’raj).

Salat is such an infinitely deep sea of secrets and experiences waiting for the right kind of divers to reveal them. In every aspect of the Salat there is a mystery, wisdom, and hidden therapeutic value.

For centuries scholars have plunged into the prayer to discover its secrets and hidden mysteries. Imam al-Ghazali wrote a whole book on it in his Ihya Ulum al-Din but very few understand this remarkable text. In an age of nihilism, relativism, anxiety, and depression we are most in need of a practice that can lift us out of our deep slumber and forgetfulness (ghafla). We have this practice in Salat but do not fully understand it yet.

In this introductory workshop, we shall take a short dive into the mysteries of Salat. The workshop will also touch on a wide range of topics that most people would never associate with Salat but which Salat, as a psycho-somatic-spiritual cosmic practice, so fundamentally addresses.

Join us on this One-Day workshop and become more present to the Divine Presence in your life.

Please note that nobody will be turned away for lack of funds.

Dr Samir is also director of “The LivingTurath Initiative.” LivingTurath (Living Tradition in English) is an educational initiative that enables Muslims to discover the wisdom of the Islamic tradition today. Its mission is to educate Muslims on the continued relevance and value of traditional Islamic perspectives and practices for their day-to-day lives. To this end, we organize educational workshops, lectures, & retreats.

Dr Samir’s interests vary widely and include: art & architecture (Islamic and Western), philosophy (Islamic, Neoplatonism, and Continental), Islamic studies, urban & landscape design, and psychology (particularly the dialogue between Islamic and Western ‘therapeutics of the soul’). He has lectured in the UK, Lebanon, & Australia. 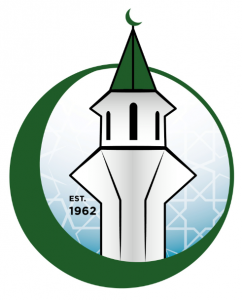