The Islamic Calendar, Muharram and Ashoora The Islamic calendar commences from the year when Prophet Mohammad (s) and his companions migrated from Makkah to Madinah, a landmark  in Islamic history known as Hijrah or migration.

The Islamic New Year 1444  After Hijrah (AH) commenced on 1 Muharram, corresponding to Sat 30-Sun 31 July 2022, the first month and is based on 12 lunar months determined by the sighting of the new moon.

Hijri month are 29 or 30 days making the Hijri year 11 days shorter than the solar or Gregorian calendar, with one year coming to 354-355 days rather than 365 days.

The significance Hijrah lies in the fact that the Prophet and his companions left their ancestral homeland, their families and friends for a higher cause, to protect religious freedom, dignity of humans and in order to establish a just society that respects freedoms, equality, and fairness.

The 10th of Muharram or Ashoora is a day of great significance in Islam as it commemorates the births of several Prophets as well as is the day that Muslims believe the world was created and the day that it will come to an end.

Moreover Ashoora is also considered to be the day when Moses (a) led his people towards freedom from the slavery of the Pharaoh in Egypt.

Fasting on the day of Ashura, being kind to dependents and increasing charity are actions exhorted to all Muslims.

However, historically the most significant event by far that occurred on this day after the advent of Islam is the martyrdom at Karbala of  Imam Husain (r), the blessed grandson of  Prophet Muhammad (s).

Imam Hussein (r) lived the legacy of his grandfather when he challenged the tyrant and established the Quranic rule that life is sacred but still, when the objectives of life are under threat, martyrdom becomes essential to remind the generations of the significance of justice, liberty, and pursuit of happiness.

The martyrdom was to eliminate despotism, against might is right, and fascism to create a just society that values liberty, equality and freedom.

Lessons of courage, patience, sacrifice, and standing up to oppression and injustice are universal takeaways from the martyrdom of Imam Husain (r) and his companions.

The month of Muharram should be dedicated to Hijra and martyrdom for justice, equality and liberty to remember the sacrifice and the movement towards establishing justice.

Ashoora is a reminder to all Muslims that in order to serve Islam and humanity, we must engage in spiritual self-sacrifice as well as physical sacrifice on demand. 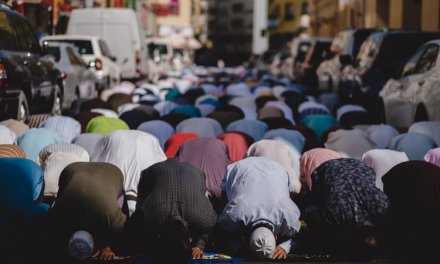 The month of Ramadan distinguishes us as Muslims