Chasm within Pacific Islands Forum – Who is Responsible: The West, China, or Pacific Nations? Pacific Islands Forum (PIF) concluded the 51st meeting (11-14 July) in Suva, Fiji, without the presence of Kiribati. Even President Taneti Maamau of Kiribati was not responding to phone calls when tried by some forum leaders. The abysm within the forum started in 2021 when five Micronesian countries signed a communique to withdraw from the PIF on the issue of the Pacific forum leadership dispute. However, after intense negotiation, four countries joined the meeting except Kiribati.

The absence of Kiribati has raised the question of PIF unity. The nidus of great powers’ strategic competition in the Pacific raises the question of who lays the egg. Amidst the contest in the region,  the Pacific leaders in recent years have started to shift their allegiance from Taiwan to one China.

China punishes the countries in terms of economic retaliation that support Taiwan. Palau’s economy has been shattered as China stopped its citizen from visiting the islands because it supports Taiwan.

The security deal between the Solomon Islands and China in April 2022 raised the alarm bell in the West, following a series of reactions by the USA  and Australia. Although the PM, Manasseh Sogavare of Solomon Islands, assured that his state would never be the military base for China, it raises obscurity as he entered into a security agreement with China while he said the USA, Australia, and New Zealand would remain preferred security partners.

Allegedly, Mr Sogavare is favouring China to stay in power, such as, security of Honiara is outsourced to Beijing, actively mulling to establish a government-owned media which is nothing but will be his propaganda, stopped five Australian aid workers from entering the country while it allows Chinese advisors and praises Beijing as a “worthy partner”, etc.

Kiribati switched its allegiance to one China the next day the Solomon Islands did in 2019. After visiting Chinese Foreign Minister Wang Yi to Kiribati in May 2022, Kiribati formalized over ten agreements with China “to further elevate cooperation” between the two countries. The deal includes refurbishing and expanding a strategic airfield in Kanton Island, 1,800 miles away from Hawaii, that would surely raise the alarm bell in the Pentagon.

Until recently, China has been successful in making more than 40 bilateral agreements with the Pacific nations. China has already started gaining support from the Pacific leaders in its quest to propagate the Chinese Communist Party doctrine in dealing with its ethnic minorities.

Making the West flabbergasted,  Solomon Islands, Kiribati, Papua New Guinea, and lately Vanuatu joined with 69 countries to back a statement to the Human Right Commission in Geneva that announced issues concerning Xinjiang, Hong Kong, and Tibet are China’s internal affairs.

The West has so far failed to address the concerns of the Pacific nations which is also evident from the speech of US Vice-President Kamala Harris, who spoke virtually at the meeting of PIF.

“We recognize that in recent years the Pacific Islands may not have received the diplomatic attention and support that you deserve … we are going to change that,”. So she announced USD600 million to Pacific coffers, and new embassies in Kiribati and Tonga, She said.

Australia is also accused of prioritizing its coal over the Pacific “family”. However, the Australian new Labor leader assured climate issue as their priority and announced to reduce the greenhouse gas to 43% by 2030. Given the decades of negligence by the West, how far the Pacific leaders will be contented remains a big question.

The desperate pacific nations looking for great powers to address their crucial concerns invited China to the Pacific. Out of frustration, the Pacific nations started to shift their allegiance to China. China also appears to be desperate to break through the dominance of the West in the region. It exudes its dudgeon by calling the PIF leaders to attend a virtual meeting with the Chinese Foreign Minister Wang Yi on the same day of the leaders’ summit. However, it was not allowed to hold.

Rejoining Kiribati into the PIF has become almost uncertain. Besides, the risk is that if the COP27 and the West do not address their core concerns, more nations would be tempted to leave the forum, placing regional unity in disarray.

Many think tanks in the West expressed concern about growing China’s influence in the Pacific region, accusing China of breaking the status quo. In the absence of aid from the West, if China comes with all kinds of economic uplift and training aids for these nations, then why raise the alarm if the countries involved are unwilling.

The West should find out lacking why these nations sway toward China. 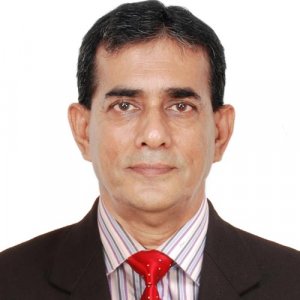