A number of Muslims were recognised for their contribution to the ACT community at the ACT Multicultural Awards 2022 held on Tuesday 19 July at the Belconnen Arts Centre, Canberra.

Mainul Haque, a prominent member of the Muslim and wider community in Canberra, was named one of two ACT Multicultural Ambassadors as part of the ACT Multicultural Honorary Ambassador Program which recognises ACT residents who play an active role in promoting the ACT as a welcoming and inclusive city. “I’m humbled and honoured to be appointed as the Honorary Ambassador for the ACT. It’s an honour and also a huge responsibility”, he told AMUST.

“This is the community that has brought out the best in me. I look forward to work with Minister Tara Cheyne MLA and Commissioner Brendan Smyth to serve our Canberra community with sincerity, integrity and impartiality inshallah.”

ACT Multicultural Ambassadors use their links and networks to promote the business and investment opportunities available across Canberra and the ACT region. More detail about this role can be found here.

Nazmul Hassan won the ACT Outstanding Excellence Award for Diversity and Inclusion for mobilising support and delivering food hampers to Canberrans across all faiths and backgrounds, Mr Nazmul Hasan has been a role model in serving community needs. “I am passionate about bringing people together, building community and helping others, particularly the most vulnerable,” Nazmul told AMUST.

“Alhamdulillah, I am very grateful to the Almighty God Allah to give me the ability to serve the community during very difficult time. I thank to the Canberra community for their overwhelming support. This award belongs to them.”

Her Kitchen Table provides training and support for women from diverse backgrounds to gain and maintain economic independence, taking a compassionate and innovative approach that serves as a model for similar programs across Australia. Nazia Ahmad, from Her Kitchen Table.

Dr Shamaruh Mirza was highly commended in the category of the ACT Multicultural Individual Champion Award for being instrumental in establishing her organisation SiTara’s Story to raise community awareness of mental health while training women from diverse cultural backgrounds in mental health and disability issues. Jahin Tanvir was highly commended in the category of ACT Outstanding Excellence Award for Diversity and Inclusion and recognised as an emerging leader with a wide range of accomplishments for someone of a relatively young age, working across social media and other non-traditional channels to build awareness of the issues facing young people from diverse cultural and linguistic backgrounds.

Full details of the awards and the other winners can be found on the ACT Community Services website:
https://www.communityservices.act.gov.au/multicultural/awards 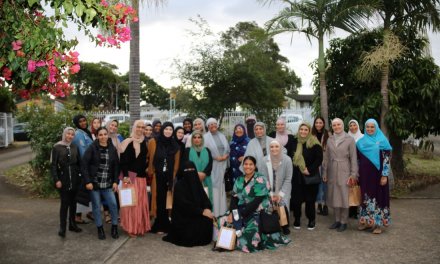