With the publication of  Issue #200 July 2022, AMUST enters into the ninth year of its re-publication as a community positive news platform.

Starting in January 1991 originally as the Australian Muslim Times, a multilingual community newspaper, it was restarted as an English only full colour monthly print newspaper from July 2014 renamed the Australasian Muslim Times AMUST.

AMUST is well established as a multicultural multimedia platform run by Seena Incorporated, a not for profit organisation producing in addition to the monthly newspaper in print, monthly digital e-Newspaper, weekly Email Newsletter, a dynamic frequently refreshed website and presence on major social media platforms in order to disseminate positive community news about our Australian multicultural community and global affairs.

AMUST continued its publication throughout the two and a half years of COVID-19 pandemic with regularity and punctuality even during the strict Sydney metro lockdown  from July to October 2021.

Although AMUST prides itself to be a positive news platform, however it does not shy away from seeking out truth and boldly raising awareness of injustice, corruption, persecution and abuse of power and wealth while promoting corrective action in order to build an equitable, fair and just society, locally and globally.

AMUST is largely managed and produced by a dedicated core team of volunteers helped by an Australia-wide network of volunteer writers, contributors and distributers.

It promotes dialogue, communication and meeting of people from different faiths, indigenous groups and ethnic communities as well as championing women’s rights, refugee rights, rights of people with disability while working towards an inclusive society.

However it indeed has been a tough year for the AMUST team so far.

Starting the year 2022 with a family wedding in January, we encountered three funerals within our close family.

AMUST’s most valuable team member, Dr Qazi Ashfaq Ahmad, starting as Editor-in-Chief back in 1991 and later as Chief adviser, columnist and proofreader passed away in February at the age of 91 after a few days of hospitalisation. He was a constant companion, colleague, admirer, supporter, well wisher of AMUST and of course my dear father  through whose blessed presence, prayers, encouragement and advice we remained steadfast in producing AMUST.

My younger sister, Fauzia passed away towards the end of Ramadan in April after prolonged illness that did traumatise our whole extended family.

My mother, Mrs Jamal Are Ahmad, almost 90, although remained in a stable condition even after the loss of her husband and daughter, but gradually needed hospitalisation and finally passed away on Monday 13 June, Queen’s birthday holiday. In addition to being my parents, both of them played a significant role throughout these long years since 1991 as AMUST team members with their blessed presence within our home/office and moral and physical support for our project.

During the last few years when they were frail, where we looked after them while managing and balancing our time with AMUST production, they were still a source of moral strength and prayers for AMUST.

As soon as the print copies were delivered at our premises, I would proudly give the first copies to Abbu and Ammi seeing their face lit up that would be my reward after working 18 hours per day during the last few days of its production.

During the production of this 200th issue, alas they were missing and it is not the same without them after these long years of companionship where we have lost their blessed presence.

It is indeed end of an era for AMUST as well as for our family and although they are not with us anymore but with the skills and training they provided for us and the projects they initiated, our mission continues as their Sadaqa Jaria Inshallah.

Please pray for my parents and for all our family and the continuation of our mission. 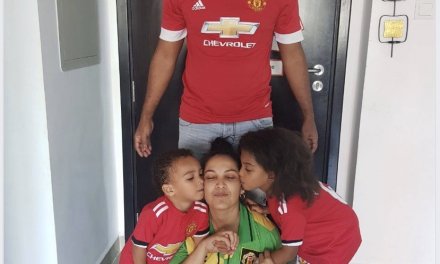