A message from Khalil El Halabi, the father of the prisoner, Engineer Mohammed El-Halabi in Israel’s custody, to distinguished Ambassadors and members of the diplomatic missions:

Perhaps you have recently followed the proceedings of the trial of my son Mohammed El-Halabi on June 15, 2022, and perhaps it came to your attention the excessive amount of manipulation and mocking of justice that surrounded the trial.

Please allow me to explain the reason behind the violation of Mohammad’s fair trial which was aimed at seeking revenge from Mohammed because he refused to accept a new unfair settlement offered one hour before the trial session began. It involved an admission of Mohammad’s guilt for something he had not committed: therefore he didn’t agree to their offer.

Consequently, at the opening of the court session the Israeli side, both the prosecution and judiciary, was predetermined to make Mohammed pay the price of his assertion of his innocence of all charges.

The Israeli side perpetuated their absurd fabricated ‘evidence’ and events which have no basis in reality or in law. For example:

The charge sheet claims that Halabi photographed, and gave Hamas information about the Erez crossing in 2010, when official Israeli records show that between 2006 and 2011 Halabi never visited the Erez crossing.

The charge sheet alleges that Halabi diverted thousands of tons of cement and steel shipped through the Keren Shalom Crossing to Hamas for the building of tunnels, when evidence was given at the trial that World Vision never used Keren Shalom and never even imported any steel or cement into Gaza at all.

Detailed forensic audits by World Vision, as well as the Australian Government, did not find any funds to be missing at all. Judges said they never saw the audits even though they asked to see them several times.

During the 6 years of imposing arbitrary detention of Mohammed, Israel’s intensive investigations failed to provide an iota of evidence proving Mohammed’s conviction. Despite during the first days of Mohammed’s illegal arrest, on all records, documents and computers belong to the World Vision related to Mohammed’s direct work were handed to Israel which did not find a piece of paper that raised a suspicion of fraudulence.

Moreover, the huge number of investigations conducted by the various international commissions affiliated with the World Vision, its donors, Australian DFAT, the diplomatic missions, and the United Nations Human Rights Commission examined everything big or small and unanimously concluded in favor of Mohammed’s innocence.

I would like to convey to you and via your excellencies to your parliaments, governments and peoples, is that my son Mohammed is innocent and he is a victim of a dirty subterfuge defrauded by Israel’s major political levels with collusion of the military prosecution and internal security ‘Shin Bet’ and the judiciary in which impartiality and independence are presumed!!!!

Please don’t leave Mohammed to face his destiny alone. lt is as simple as this; if Mohammed El-Halabi was really guilty, Israel would not have offered him all this number of deals outside the courtroom including the last few minutes before the last trial session. Also, if he was truly guilty, Mohammed would not have insisted on denying the charges. Who would favor years of imprisonment over enjoying his freedom among his children and family?!!

I kindly ask your Excellencies to maintain my son’s humanitarian cause on your agenda and to continue raising it to the Israeli government to convince it that its practices are inconsistent with international standards and to end to this long-running cruel travesty of justice. 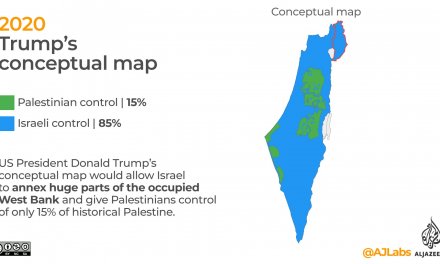