Collective voices against the global Islamophobia, racism and Hindutva agenda It is time for raising collective voices to ensure global recognition of India’s current ruling party, the BJP’s deeply problematic history of bigotry, hate-mongering and Islamophobia, and its existing links to Hindutva fascist organisations like RSS.

India faces backlash from the Muslim world after two members of the country’s ruling party made derogatory remarks about Prophet Muhammad (s).

The united and collective response from the Muslim countries and leaders against such racism forced the BJP to apologise and sack the two accused party members.

While this is not the first time that the Indian BJP-led politicians expose its Hindutva agenda against Muslims and Islam, the incident presents a unique case presenting some lessons for us about how to effectively protest and stop the global Islamophobic agenda across the world.

First, the recent move of OIC shows a strong stance against all form of hatred and racism including Hindutva in India deserve a commendation.

Garbage bins in Kuwait have images of PM Narendra Modi for the recent derogatory remark of his party spokesperson against the Prophet & other atrocities on Indian Muslims. Image: Twitter

Secondly, collective actions from Muslim countries imposing political pressure and economic sanctions have been effective in giving a tough message against all forms of BJP-led communal hatred.

For example, the Qatari government summoned the Indian ambassador and stated the “disappointment of the State of Qatar and its total rejection and condemnation to the controversial remarks made by an official in the ruling party in India against Prophet Muhammad (s).”

Kuwait’s government also summoned the Indian ambassador and expressed its “categorical rejection and condemnation of the insulting statements.”

Even Oman’s grand mufti, Ahmad bin Hamad al-Khalili, expressed his condemnation of “the insolent and obscene rudeness of the official spokesman for the ruling extremist party in India against the messenger of Islam.”

Public protest against Tejasvi Surya’s arrival in Australia was organised by the Australian Alliance Against Hate.

Thirdly, the Muslim community in Australia needs to be aware of any form of hatred.

Engaging the Australian community and policymakers may also play a crucial role against racism and raising awareness of Hindutva hatred, social media hate speech and the threat they pose to Australia’s social cohesion.

Community organisation, like Australian Alliance Against Hate, has recently organised street protest opposing Tejasvi Surya’s arrival in Australia, who is a parliament member of the BJP and known as a Hindutva preacher and racist making derogatory remarks about Islam, Muslims and Arabs.

Finally, social media platforms like Facebook and Twitter offer different features such as using hashtags (#SayNoToHatred, #SayNoToHindutva) that can be utilised to mobilise the community and interfaith dialogues and raise collective voices countering all forms of communal hard and protecting cultural diversity and social cohesion.

Significantly, we should not only be condemning Indian policy when it is insulting the Prophet Muhammad (s) but also when it’s lynching Muslims to death regularly in India and all forms of communal violence and hate against all minorities. Abdul Aziz is a PhD candidate at the School of Communication, Queensland University of Technology (QUT). His research focuses on the digital inclusion and social inclusion of marginalised communities in Australia. @azizmonir7 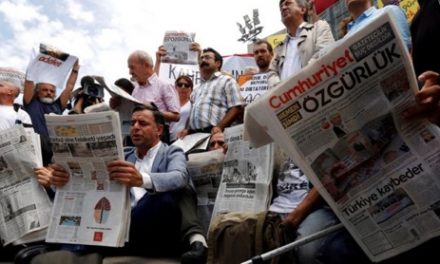