Final Ramadan at AKIC before demolition For almost 20 years since the first building was purchased at Edge Street, Ashabul Kahfi Islamic Centre (AKIC) is now preparing to begin the construction of its community centre in the Wiley Park area. This statement was uttered by the Ashabul Kahfi founder Dr Teuku Chalidin Yacob during the 2022 Kids Ramadan Intensive Course at Wiley Park.

However, the preparation has never been easy. After conducting a symbolic groundbreaking ceremony to mark the beginning of the construction at the end of 2021, AKIC`s original plan to demolish its premises in February 2022 turned out to be delayed due to some building design issues.

Mr Nurhakim, AKIC project manager for this construction project mentioned that based on the previous meeting with the councillor and town planner of the Canterbury-Bankstown Council, AKIC has to improve the basement design of the building in order to accommodate the Sydney water pipe that passes just below the construction site of the AKIC building.

Currently, AKIC`s consultant has accommodated those suggested improvements and the new basement design concept has been sent to Sydney Water for further review.

Once the concept is approved by Sydney Water, a proper application modification consent (s4.55 form) will need to be resubmitted to the Canterbury-Bankstown Council and this approval process will take another 2-3 months process.

For this reason, AKIC has to wait couple more months before starting the construction or demolition said Nurhakim via phone correspondence.

Ramadan 2022 could be the final Ramadhan AKIC can organize at both of its properties before the construction begins. Since the approval of AKIC Development Approval (DA) in 2017, AKIC only has five years to start the construction or the permit will expire at the end of 2022. Eventually, AKIC is still struggling to collect enough funding to begin the construction. With the construction stage divided into three phases, the cost of building and developing the centre is estimated to reach AUD$ 2 Million. Each of which will cost around AUD$500,000 with an additional AUD$500,000 for planning and finishing.

To race with the timeline, AKIC has initiated more activities than ever before. Other than its routines, these new activities are to promote Ashabul Kahfi Islamic Centre to a larger community in Sydney and Australia. Among them; AKIC has organized a series of Islamic lectures and talks, short courses on learning Arabic, Shar`i wealth management, and an International webinar on Islamic economics, finance, and technology in Australia.

Recently, AKIC has also partnered with Crescent Wealth and assisted by Launchgood to run capacity building and crowdfunding programs at the community level. And has also been recommended to be among the 10 crescent community champions for the local community engagements. AKIC has set up a crowdfunding page to allow people to donate during this Ramadhan.

“Many Australian Indonesian youths have graduated from the Islamic studies programs run by the Centre and the Crescent Foundation is delighted to support them in their bid to build their purpose-built facilities for the community,” said Dr Syad Farooq the Executive Director of Crescent Foundation during the launching of AKIC crowdfunding page by launchgood.com.

Launchgood.com itself is a fundraising platform for Muslim communities. Being nominated among the 10 crescent Champions opens new opportunities for AKIC to raise funds this Ramadan using the Launchgood platform. Which, people are given many options to donate or make wakaf to AKIC this Ramadhan; either via the basic bricks donation of $25 to $100 or via the wakaf package of ¼ sqm to 5 sqm.

“We hope, the Muslim community in Australia and around the world will take part in making this centre into reality,” said Dr Teuku Geumpana the head of Ashabul Kahfi Islamic Centre. “To help is as easy as clicking the link of www.launchgood.com/ashabulkahfi and potential donors or wakif will be taken to the AKIC crowdfunding page”, he added. Children of Ashabul Kahfi at Madrasah

Ashabul Kahfi started as a small school with only 6 students who wish to learn to read Quran in the Wiley Park area. Through a branch of the organization, the Ashabul Kahfi Language School has served more than 500 students to study Al Quran, Islamic studies, Arabic, and culture classes.

In its journey to becoming an Islamic Centre, AKIC has purchased two properties that were used to conduct its community activities. AKIC `s properties at Wiley Park also function as a mushalla, a madrasah, a training centre for different Islamic courses, and also as a gathering venue.

However, since 2014, the functions of both of these properties have not been optimally used due to the building permit restriction which is still under residential status. AKIC organized public talk on Medicine of the Prophet

The permit constraint has a direct impact on the operation activities. For example, AKIC has to rent or borrow other buildings in the Wiley Park area, to offer Friday prayers, tarawih prayers, or madrasah services.

The organization of two Eid prayers often changes locations and the madrasah services have to be offered in the public school building with the council’s permission. The lack of location integration has overburdened the members to participate in many activities held by AKIC.

When AKIC was granted approval to build and function as a community centre in 2017, AKIC is hoping to concentrate all its religious activities in one location. 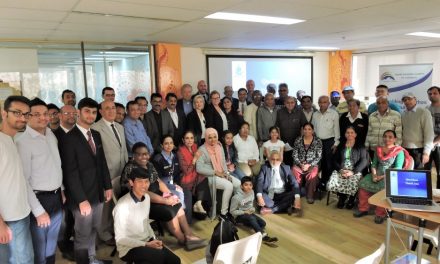