The function was attended by more than 150 people, men, women and children. 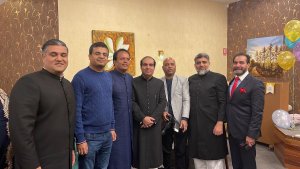 The event was graced by a large number of distinguished seniors, particularly from AMU as well as the past and current office bearers of both alumni associations.

The program was wonderfully compered by Dr Saba Qutub, Secretary, AMU Alumni Victoria starting with recitation from Holy Quran by  young children who also received awards for their efforts and contribution in the form of  Eidi envelopes. Welcoming the guests, Dr Ayubi highlighted the joint fund-raising efforts by the two groups in the past in response to the public health and natural disaster challenges  during the past couple of years.

Mr Hasan reciting Urdu poetry during his speech captured the imagination of the crowd while pointing out that the event was historical in nature as this was the first time that the two alumni organisations representing two peak Indian Muslim Universities were hosting a joint gathering in Australia.

While expresseing his gratitude for the AMU group in taking this initiative, Mr Hasan touched on the historical significance of the emergence of Jamia Millia Islamia by its founding fathers.

He further stressed the need for closer ties between the two organisations in making a real impact on areas of mutual interest in serving their community by quoting the great American political and disability rights activist, author and lecturer, Helen Keller, who was both blind and deaf, once said “alone we can do so little; together we can do so much”. A melodious “Naat” was recited by Ms Kulsum Imdad which helped spread the religious fervour in the gathering.

The celebratory event convincingly appeared to promote closeness and networking amongst the families as well as enliven the spirit of culture and values of the two great Milli institutions of India.

A sumptuous dinner followed the formal proceedings enhancing the relaxed and lively atmosphere of the evening. 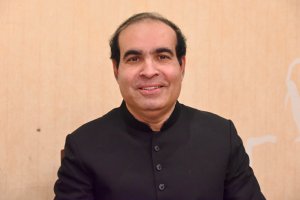 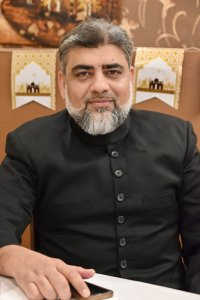 A similar event Jamia Alumni Eid Celebration was organised by Sydney and Canberra teams with the help of Sajjad Zaheer and Rashid on Sunday 22 May 2022 at Bunmarra Picnic Shelter in Parramatta.