Holi, the Hindu festival of colour was celebrated in Sydney in a uniquely inclusive manner on Saturday 19 March  2022 at Reg Byrne Community Centre in Wentworthville.

In addition to Hindus representing all parts of multicultural India, the highly popular festival was attended by people of different faiths, cultures, backgrounds and professions developing an understanding of Holi, appreciating its significance and celebrating its colour. The condensed program, intensely short but sweet was highly enjoyed by houseful of guests enjoying speeches by a variety of speakers including politicians, representatives of various faith, cultural performers and young dancers. Virat Nehru, the incredibly funny and most competent MC started the program with an introduction cracking a few jokes about himself and later others. The main force behind the event, the highly mercurial chief host Dr Shanti Raman welcomed the guests followed by acknowledgement to country, called Bhoomi in India. Vivek Asri enlightened the audience with the socio-cultural significance of Holi and how it is celebrated by Hindus in India and the Indian diaspora.

Greens Senator David Shoebridge praised the organisers for this great initiative to share their celebration with others, of different faiths and cultures and his commitment towards Australia being a peaceful multicultural society safeguarding the rights of all. There was a musical interlude by the highly talented Kaavya Jaishanker followed by an informative talk by Mr Abbas Alvi on how he understood Holi as a Muslim and recalling how it was celebrated in India since his childhood by people of all faiths. Mr Alvi recalled the harmonious living of all South Asians of diverse faiths, cultures and languages for centuries sharing their religious and cultural celebrations with their neighbours.

He recalled how Eid was celebrated with Hindu neighbours in India sharing the sweet dishes and festive activities during mela (festivals and fairs). Malcolm Hadden from Multicultural NSW highly appreciated the celebration of Holi with people of other faiths and hoped that this tradition will inspire others to do the same. Jess Harrison, the Jewish representative highly enjoyed the colourful event and compared it with similar Jewish celebrations  such as Purim.

The event was catered by Garma Garam with samosas, pakoras and masala chai enjoyed by all. ‘Give Peace a Chance’ Tour 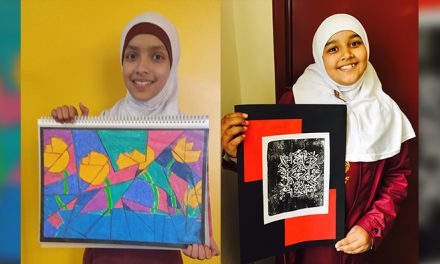