Dr Qazi Ashfaq Ahmad is by profession a retired engineer and academic having earned his major qualifications at Aligarh Muslim University, India, University of Wisconsin, USA and University of Sydney, Australia.

However his major passion in life is, and has been for most of his life, the application of Islam in the daily life of mankind, both for Muslims and people of other faiths and beliefs.

He is a tireless community worker having founded the Australian Federation of Islamic Councils (AFIC), Islamic Foundation for Education and Welfare (IFEW), Multicultural Eid Festival and Fair (MEFF) and many other large and community organisations and institutions. Ashfaq also has been very active in the interfaith community in Australia and internationally in India, Malaysia, UK, USA and Saudi Arabia.

Qazi Ashfaq Ahmad was born on 12 December 1930 into a middle class landlord family in Eastern UP, North India. His father was a lawyer and his mother was a housewife.

When he was two years old, his father died and when four years old, his mother died. Ashfaq Ahmad and his only elder sister, Akhtar Bano, grew up with their grandfather and aunty (Phoophi) in Mohammadabad Gohna, Azamgarh.

Ashfaq belonged to the Sheikhain family of Farooquis, Siddiquis and Abbasis of Arab ancestral origins, hailing from Ghazipoor, UP, involved in legal profession of Qazi in Mughal empire and then judges and lawyers during the British Raj.

During World War II (1939-1945), there was a great political upheaval in India that motivated Ashfaq Ahmad to get involved in the freedom struggle for India from Britain during the 1940s. Ashfaq was a Lecturer in Engineering at Aligarh Muslim University 1955-1958 and Senior Lecturer at Jamia Milia Islamia in New Delhi, India 1958-1961.

Ashfaq moved to the US for one year to complete a Masters in Engineering from the University of Wisconsin. He was a founding member of Muslim Student’s Association in USA & Canada 1959-1983.

His Grandfather Passes Away

Ashfaq was raised by his grandfather who was a retired judge who passed away at the age 103 in 1960. Ashfaq’s only elder relative and role model who took care of him as an orphan, died when Ashfaq was 30 years old. Due to political interferences between Indian and Pakistan in Kashmir, he was suddenly terminated from his job in 1969 and threatened with anti-national charges. He had to leave his home and country with his wife and six children to an unknown new land, Australia. Arrival in the “Lucky Country”

Ashfaq arrived in Australia to do his PhD at the University of Sydney. He did not know much about Australia but was amazed at how well he was treated by Australians, and came to love Australia developing great friendships. He decided to burn his boats and settle in the “lucky country” and became a citizen in 1973 together with his family.

Ashfaq, his wife and two daughters lived in Lae, PNG from 1978 to 1983 where Ashfaq served as Associate Professor of Mechanical Engineering and established Muslim community organisations and institutions in PNG. Ashfaq noticed that Eid was only celebrated in people’s private homes. Back in his home country, Eid was celebrated in large gatherings and festivals, and he wanted to have the same feelings of celebration with his friends and families. At the age of 90, Dr Qazi Ashfaq Ahmad received the Award Medals from the Governor of NSW, Her Excellency the Honourable Margaret Beazley, AC, QC on Tuesday 8 September 2020 at Government House. The last social family event Ashfaq attended, was of his granddaughter, Mobinah’s wedding. He gifted a Quran and a beautiful message of wisdom, lessons and values. This event was 3 weeks prior to his death.

Passed Away at 91 years old

At the age of 91, Dr Qazi Ashfaq Ahmad OAM passed away in the presence of his eldest son, Ziaul Islam Ahmad reciting a poem from his childhood by Mohamed Allamah Iqbal.

His memory and legacy is kept alive through the thriving organisations he started, his books and publications, his pioneering ideas and events, his reputation as a dedicated Australian Muslim, friends, networks, multicultural and interfaith contacts and over 80 family members: children, grandchildren, and great grandchildren.

We thank Allah for bringing this soul on earth, for giving him a long life where he made such an incredible impact.

Let us all remember death and live this life to only please Allah. Indeed, we belong to Allah and to Him we shall return. 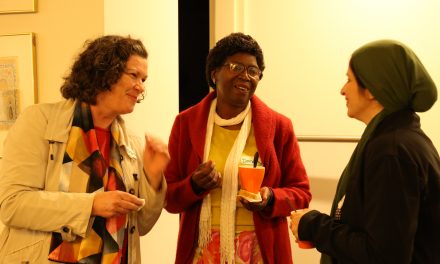