Mohammed Ali, founder, and President of the not-for-profit welfare organisation, HelpingACT, was awarded the Canberra Citizen of the Year 2022 by ACT Chief Minister Andrew Barr in a ceremony at the historic Albert Hall on Tuesday 15 March 2022.

The Canberra Citizen of the Year award recognises a citizen who has made a major contribution to our community without expectation of remuneration or reward.

“Mohammed is an exemplary Canberran, who has spent decades working for the good of the community,” Mr Barr explained.

In addition to his leading HelpingACT, “Mohammed embodies the spirit of the award through his work as a member of the ACT Refugee Asylum Seeker and Humanitarian Coordination Committee.” Mohammed Ali is also a Board Member of Companion House, a not-for-profit which provides medical and counselling services to refugees who are victims of trauma and torture.

“HelpingACT provides food security to Canberrans, including refugees, international students, homeless individuals, as well as anyone else who needs assistance. During the COVID-19 lockdown in 2021, Mohammed and HelpingACT also supported families who were struggling to purchase food and other items, or who were in isolation,” Mr Barr pointed out while announcing the award.

“Mohammed is an inspiration to everyone he works and volunteers with. He is remembered fondly by his previous colleagues and his tireless enthusiasm and energy to support Canberrans from all backgrounds and faiths is renowned.”

“Routinely giving up his free time to support these organisations, Mohammed is known for his generosity and willingness to help when ever needed.”

Mohammed Ali was accompanied to the ceremony by his wife Nasim, son Omair, dedicated HelpingACT volunteer and community worker, Samantha Kulkarni, and Manar as HelpingACT Secretary and friend. While commenting on the award, Mohammed Ali said that he was “over the moon” and humbled for being selected for the award. However, he sees the award as a “a message of trust, a message of responsibility from the Canberra community.”

“Canberra is the best city, and it’s an affluent city where the people of Canberra can help each other,” explains Mohammed Ali. Canberra Citizen of the Year Award presented to Mohammed Ali

Asked about a message for the Muslim community through AMUST, Mohammed Ali said:

“Being awarded this honour is not just an achievement for me but for the Muslim community as well. It shows that Muslims can and do contribute to the broader society and are being recognised by the mainstream community, government, and media. We always have been quiet givers and it should be acknowledged that that we are a community that adds much value to societal cohesion and welfare.”

“This award however was not possible without the work supported by the generous contributions of individuals and businesses in Canberra and wider Australia,” Mohammed Ali concluded.

To donate to HelpingACT, please visit their donation site: www.helpingact.org/donate 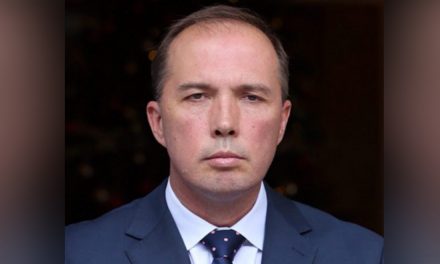 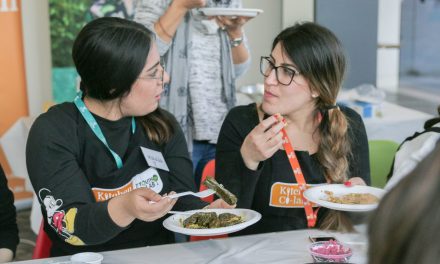