The Sixth Assessment Report of the Intergovernmental Panel on Climate Change (AR6) released on Monday 28 February shows the latest science behind the many climate-linked extreme weather events which hit both rich and poor countries in the last year.

It paints a frightening picture. As with the COVID threat, people of faith should not hide from the truth, but are called to replace fear with courage and compassion.

Many Christians, Buddhists, Muslims, Sikhs and other people of faith baulk at the topic of climate change, seeing it as a ‘political issue’. However, climate started out in the 1970’s as an engineering, moral and social challenge, but was made a ‘political issue’ by fossil fuel companies seeking to stop government regulation from threatening their profits.

For supporters of the Australian Religious Response to Climate Change (ARRCC), it is primarily a moral issue. Guided by the principles of fairness, truth-seeking and compassion, we are concerned that the people who are hit the hardest by climate impacts are usually those who are already poor, and have the least capacity to cope.

They are also today’s young people, many of whom dread the future predicted by scientists, and will be on the streets protesting on Friday 25 March at the next School Strike for Climate.

The report puts forward various statistics, arrived at after painstaking processes by climate scientists. People of faith may be wary of the realm of ‘politics’, but they are surely moved by many of the stories behind the statistics.

At the time of writing, tragically people have lost loved ones in the floods in South-east Queensland and the Northern Rivers of NSW. Nine people so far have lost their lives and tens of thousands of people’s homes have been impacted, with all the associated trauma.

The river through Lismore has never risen this high in living memory, damaging businesses, homes and infrastructure and driving up insurance premiums.

The fact is that, for each 1°C rise in global average temperature, the atmosphere can hold approximately 7 percent more moisture on average — increasing the likelihood of extreme downpours.

At the other extreme, climate change is making droughts worse. In western India, annual rainfall has declined by 15 percent. Farmers have been drawing on groundwater for their crops, but this is dwindling too.

Water is so precious that women are saying they drink half a cup of water even if they want a whole one. Most people buy drinking water from far away.

This decade is the small window for deciding the ultimate success or failure of humanity’s response to climate change.

As people of faith, we must embrace our responsibility to take action now and not ‘later’. To begin with, at the coming federal election, let us at least vote for the candidates who are more likely to pass laws which will transition Australia to a low emissions future.

For ways that people of faith can take action, visit www.arrcc.org.au. We have attempted a  fair-minded summary of various parties’ climate policies here.

Police advice for the Community 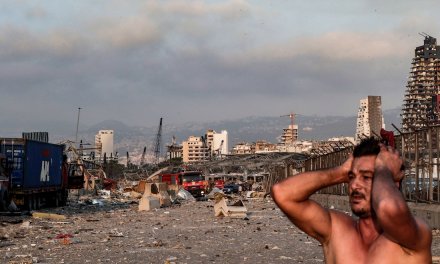